Akshar Patel, Kuldeep Yadav and Yuzvendra Chahal, who performed very well in Sri Lanka have being given an extended run.

The Board of Control for Cricket in India (BCCI) announced India s 16-man squad for the first 3 One-Day Internationals (ODI) of upcoming five-match series against Australia. Virat Kohli will continue to lead the side, with Rohit Sharma his deputy. Ravichandran Ashwin, Ravindra Jadeja have been rested for the series starting from September 17. Mohammed Shami along with Umesh Yadav have been drafted into the side that played in Sri Lanka.

Speaking on the team selection, MSK Prasad said, The team for the three ODIs against Australia has been selected in line with the rotation policy of the Board and accordingly Ashwin and Jadeja have been rested. The team s performance during the Sri Lanka tour was outstanding and players like Akshar Patel and Yuzvendra Chahal, who performed very well are being given an extended run and this will in turn supplement our approach, to build a strong reserve strength, as we prepare for forthcoming tours.

The core of the side remains the same from the recently concluded 5-ODI series in Sri Lanka. The first ODI will be played at Chennai, followed by Kolkata and Indore respectively. BCCI also named India A squad that will take on the visiting New Zealand A side in 2 four-day games series at Vijaywada. 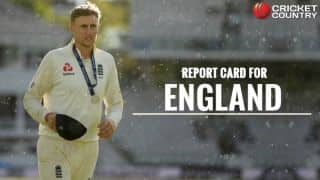