CA's medical team has the confidence of Steven Smith getting fit before the Sheffield Shield.

As reported earlier, Australian skipper Steven Smith was doubtful for the upcoming first of the three-match T20I series against India, starting on Saturday at JSCA International Stadium Complex in Ranchi. However, fresh reports have emerged, and it has now been confirmed by cricket.com.au that Smith has been ruled out not just of the first contest but for the entire series due to shoulder injury. Although Cricket Australia‘s (CA) medical team has the confidence of Smith getting fit before the Sheffield Shield, it is certainly a setback for the Aussies, especially with the Ashes just over month s time away. The injury happened during the fifth and final ODI against India at Nagpur, when Smith had landed awkwardly on his shoulder, making it sore. FULL CRICKET SCORECARD: India vs Australia 2017, 1st T20I at Ranchi

“He has had an MRI scan which has excluded serious injury, but we believe the best course of action is for him to not continue to aggravate his shoulder and allow it to recover. He will have further investigation upon his return to Australia but we remain confident he will be available for the start of the Sheffield Shield season,” said Australia’s team Doctor Richard Saw. It has also been confirmed now that Marcus Stoinis would act as replacement for Smith, while swashbuckling opener David Warner would be leading the side. 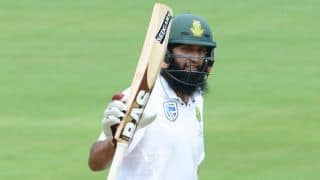