The five match ODI rubber between India and Australia starts from September 17 with the first game in Chennai.

Indore: The Madhya Pradesh Cricket Association (MPCA) today said it has fixed the ticket prices ranging from Rs 250 to Rs 5,120 for the third one day international (ODI) between India and Australia to be played here on September 24. The ticket prize will include 28 per cent Goods and Services Tax (GST), MPCA secretary Milind Kanmadikar told PTI today.

The match will be played at the Holkar Stadium. The date from which the 20,000 odd tickets will sold online and through cash counters will be announced shortly, he added. Kanmadikar also said that the Holkar stadium has the capacity to accommodate 28,500 spectators. According to Kanmadikar, separate seating arrangement for the women and specially-abled cricket fans has been made for the third ODI.

The five match ODI rubber between India and Australia starts from September 17 with the first game in Chennai.

It was only few months back that the crime branch of city police today arrested three persons, in separate cases, for selling tickets of the Indian Premier League matches at Indore in the black market as well as for selling fake tickets. On a tip-off, we arrested Vijay and another person, his accomplice, from Maharani Road area for black-marketing of tickets costing Rs 1600 and Rs 2200, and seized 15 tickets, said Additional Superintendent of Police Amrendra Singh 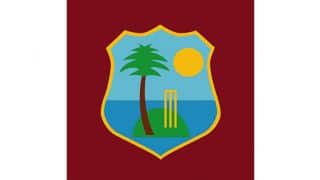 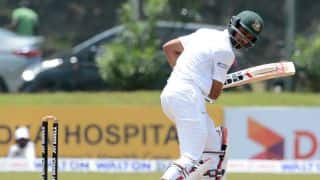