Agarkar took on Langer and opined that the coach was not right to equate Kohli’s celebration with what happened in Cape Town.

Virat Kohli’s aggressive celebration at the fall of Aaron Finch, taken by Ishant Sharma, on day two was something that did not go down well with Australian coach Justin Langer, who said that if any player from the Australian team had done it, they would be branded as ‘worst blokes’ in aftermath of the ball tampering scandal in Cape Town that engulf Australian cricket.

He even went on to hint that Kohli may have crossed the proverbial line. But, former India cricketers VVS Laxman and Ajit Agarkar took on Langer and opined that the coach was not right to equate Kohli’s celebration with what happened in Cape Town.

“I sometime feel Virat Kohli goes over the top (with the celebrations), but he is consistent with it,” Agarkar told ESPN Cricinfo. “That’s the way he is; it is up to match officials to take the call whether it is over the top or not – I understand (Langer’s comments) with the reputation Australia trying to mend after what happened in South Africa, but to equate it with Virat (celebration), I am not sure it is the right thing to do,” he added.

Laxman, an expert with the website, also did mince words, saying that Langer should focus on his team’s performance rather that look at what the opposition is doing.

“I will say they have got it wrong (with the comments). When you play for your country, you play with pride and passion. You are not there to to impress spectators or be the good boys,” said Laxman, adding, “You have to play in a hard manner. Yes, Virat celebrates in that fashion, but Langer should be talking about going out and playing aggressive cricket, It is not about celebrations, it is about showing intent, positive approach  – in the way you bat, field and take wickets, you should concentrate on that.”

Laxman too felt that Langer was wrong to bring in the ball tampering episode while talking about Kohli’s celebrations.

“What happened in Cape Town was not right, they (Australia) crossed the line. That was something to do with ball tampering; here Virat didn’t sledge nor used abusive language, that’s the way he celebrates.

“If I was Langer, I will tell the team to forget about the celebration, forget about what the opposition is doing and instead focus on being the best Australian cricketer you can be. Play with enough conviction that you can score runs quickly, against any opposition.  Show that in your body language,” he added. 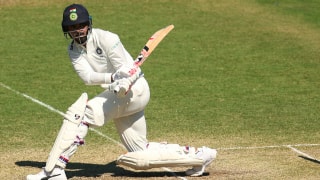