He is the fourth Indian to the milestone after Tendulkar, Laxman and Dravid but with the best average.

India captain Virat Kohli  on Saturday became the fourth Indian batsman to score 1000 Test runs in Australia, and in getting there in his 18th innings he surpassed Sir Don Bradman as the fastest to the milestone on Australian soil.

After getting three in India’s first innings at Adelaide Oval, Kohli crossed 1000 runs when he collected a single off Nathan Lyon during the final session of day three. Bradman got to 1000 runs in his tenth Test at home, and 19th innings.

During the 2011 tour, Kohli’s 116 in Adelaide was the lone bright spot in a 4-0 drubbing. In the first Test of the series in Adelaide in 2014-15, Kohli stood tall and almost gave India a famous win with twin centuries in a defeat. 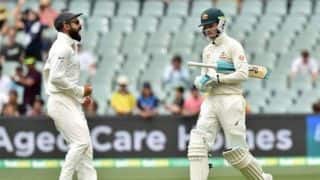 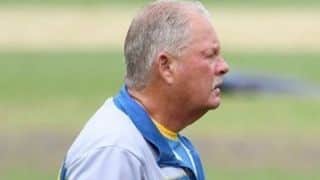