The momentum is definitely on Australia's side after the series-levelling win in Perth, but Sourav Ganguly feels India can still win the four-match rubber.

The momentum is definitely on Australia’s side after the series-levelling win in the second Test in Perth, but former captain Sourav Ganguly on Friday said India can still win the four-match rubber.

India suffered a 146-run drubbing at the hands of Australia in the second Test. The four-match series is now level at 1-1 ahead of the Boxing Day Test in Melbourne.

“India can still win, it depends on how they play. All in the playing eleven have to take up responsibility. Everybody has to play well,” Ganguly said during a promotional event in Kolkata.

India’s batting, except for the duo of Virat Kohli and Cheteshwar Pujara, have come a cropper and Ganguly urged the middle-order to take up more responsibility.

While interacting with students, Ganguly was asked what was the difference between now and his childhood days and the cricketer-turned-administrator said: “When I was a child, my father used to earn, I would spend a good time. Now I’ve to earn.”

The third Test of the series starts from December 26 and will be played at the Melbourne Cricket Ground. 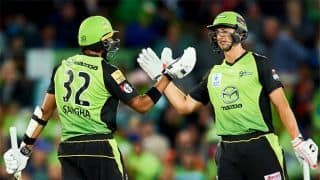 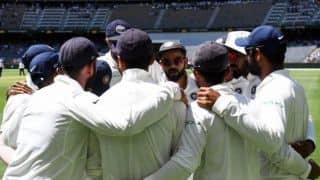