Perth Test Twitter reactions: 'India got it wrong at the start'

Perth Test Twitter reactions: 'India got it wrong at the start'

Australia beat India by 146 runs on Tuesday in Perth to level the four-match series 1-1.

It took Australia 15 overs to take the remaining five wickets on day five of the second Test in Perth to crush India by 146 runs, thus levelling the four-match series 1-1.

India resumed on 112/5, needing a further 175 runs to beat Australia, but never came close – as expected given the feeble nature of their very long tail and the up and down Optus Stadium surface – and lost five wickets for 28 runs.

Here are some tweets from former cricketers on Tuesday:

Quality performance from Australia this week … Tim Paine is a very very good leader who deserves all the credit … India got it wrong at the start with the wrong team .. @imjadeja should have played .. Great Test Match to cover on @FoxCricket .. #AUSvIND #1-1

Plenty can be learned from a loss. India not only played 4 fast bowlers, but 4 number 11 batsmen who had to bat 8-9- 10-11 . Still Australia got 100 + start and India started poorly in both innings. Hope India can turn things around in Melbourne

Congratulations to Australia on this very comprehensive win. India will need to believe in themselves, learn from their mistakes and comeback stronger in Melbourne

Congratulations to Australia on a big comeback. The key was their opening partnership in the 1st innings & scoring 326. @mstarc56 & #Hazlewood didn’t allow good partnerships upfront in both the innings. @NathLyon421 continues his magic by picking crucial wickets. #INDvAUS pic.twitter.com/QH59HSbtXA

Tough, uncompromising, don’t take a backward step cricket from the entire team. What a brilliant win from  bring on Boxing Day! 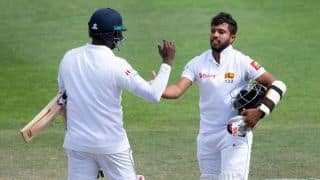 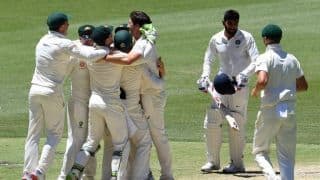