The BCCI selectors on Friday announced three different squads for the upcoming limited-overs series against Australia.

The BCCI selectors on Friday announced three different India squads for the upcoming limited-overs series against Australia during which the two teams will play in two T20Is followed by a five-match ODI series.

After a five-match rest, Virat Kohli returns to lead India in the home series while Punjab legpinner Mayank Markande has been given a maiden India call-up and has been included in a 15-man T20I squad.

For the first two ODIs, a host of players have been recalled including the rested Jasprit Bumrah, Siddarth Kaul (first two ODIs) and KL Rahul. Bhuvneshwar Kumar will replace Kaul for the remaining three ODIs.

From the squad that beat New Zealand 4-1 in an away ODI series, allrounder Ravindra Jadeja, left-arm pacer Khaleel Ahmed and rookie batsman Shubman Gill have been dropped from the 15-man sqaud.

The series which runs from March 2-13 is India‘s final international assignment before the IPL starts ten days later, after which Kohli’s squad will fly to England for the 2019 ICC Cricket World Cup starting May 30.

While Dinesh Karthik has kept his place in the T20I squad, he has been dropped from the ODIs. This could be an indication that Rishabh Pant has won the battle for the second wicketkeeper-batsman’s slot in India’s squad for the ICC World Cup 2019 to be played in England later this year.

Rahul has also returned following his suspension for a controversial appearance alongside teammate Hardik Pandya in a India chat show. After the suspension on the duo was lifted, Hardik Pandya was flown to Australia to join India squad in New Zealand while Rahul was asked to ply his trade for India A in domestic cricket.

Markande, who has replaced Kuldeep, spun India A to an innings victory over England Lions on Friday with a five-wicket haul in the second innings. He came into the limelight while churning out impressive performances for Mumbai Indians in the Indian Premier League (IPL).

Left-arm pacer Khaleel Ahmed has also been dropped from both the squads.

Allrounder Vijay Shankar has also managed to hold onto his place for both the series after decent outing in New Zealand T20Is. 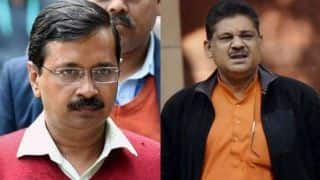