Warner faced Sean Abbott - who too has been ruled out of the Boxing Day Test.

Australian opener David Warner – who has been ruled out of the second Test at MCG as he is recovering from a groin strain – hit the nets on Wednesday. Warner faced Sean Abbott – who too has been ruled out of the Boxing Day Test. Despite recovering from an injury, Abbott will not be available for selection as the biosecurity protocols mean he along with Warner cannot link up with the Australia Test squad in time.

Here is the video where Warner can be seen facing Abbott:

And here is David Warner back in the nets for the first time in a while facing Sean Abbott #AUSvIND @cricbuzz pic.twitter.com/3vBiVH7Yiv

Warner and Abbott were flown to Melbourne on Saturday after fresh coronavirus cases were reported in Sydney where the duo was recovering from their injuries.

“Warner and Abbott spent time in Sydney outside the team’s bio-secure hub to recover from injury. While neither player has been in a specific ‘hotspot’ as outlined by NSW Health, Cricket Australia’s bio-security protocols do not allow them to rejoin the squad in time for the Boxing Day Test,” Cricket Australia said in a statement on Wednesday.

“The pair traveled from Sydney to Melbourne to continue their rehabilitation given the changing public health situation in Sydney at the time,” it added.

Warner is an important member of the Australian scheme of things and his absence is bound to hurt the combination of the side.

“No additional players will be added to the squad for the Boxing Day Test,” Cricket Australia further informed.

Australia currently lead the four-match series 1-0, following their emphatic eight-wicket win in the first pink-ball Test at the Adelaide Oval. 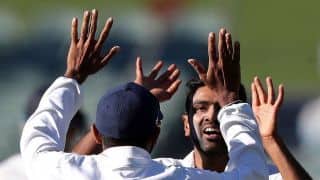 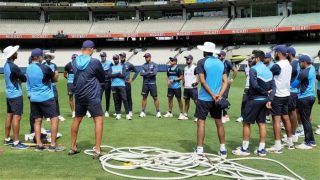 India vs Australia: Ajinkya Rahane And Co Hit The Nets Ahead of 2nd Test