Indian captain Kohli will feature in just the opening day-night Test, starting December 17 in Adelaide, before flying back to India for the birth of his first child.

The limited-overs competition awaits them first but Indian players, led by captain Virat Kohli, seemed focussed on next month’s Tests against Australia as they practiced in simulated long-format match conditions complete with pacers using red and pink balls in Sydney on Tuesday. All the top batsmen and bowlers, who are in all the three squads, were seen taking part in the practice session.

The likes of senior pacer Mohammed Shami and youngster Mohammad Siraj were seen bowling to Kohli in a video posted on Twitter by the captain himself. “Love Test cricket sessions,” the Tweet from Kohli read. The star batsman will feature in just the opening day-night Test, starting December 17 in Adelaide, before flying back to India for the birth of his first child.

The video showed the players using the centre strip of the ground with a proper Test match field and a batsman at the non-striker’s end, which is a deviation from traditional net sessions.

Given that the players were kept busy by the IPL for the last two months, the white-ball training has taken a back-seat.

Opener KL Rahul facing the pink ball was an indicator that he is in line to be picked for the first Test. In another video, posted by the BCCI, Shami was seen bowling in tandem with youngster Siraj.

The 30-year-old Shami, who took 20 wickets from 14 matches for Kings XI Punjab in the IPL, is a part of all three squads. India will rely heavily on him during the four-match Test series starting with the day-night pink ball game in Adelaide.

The master and his apprentice

Siraj, who is only in the Test squad, followed his senior team-mate and was seen sending down a few deliveries as other senior players watched him bowl.

The 26-year-old, who has played one ODI and three T20Is, took 11 wickets from nine matches for Royal Challengers Banagalore in the recent IPL.

“The master and his apprentice. When @MdShami11 and Siraj bowled in tandem at #TeamIndia’s nets. Fast and accurate!,” the BCCI tweet read.

On Monday, the star-studded batting line-up was seen gearing up for the lively Australian pitches with the traditional tennis ball training after competing on the slow UAE tracks during the IPL.

The first two matches of the ODI series will be played at the SCG on November 27 and 29, followed by a game in Canberra on December 2.

The first T20 International – December 4 – will also be played in Canberra while the last two will be played at the SCG on December 6 and 8. 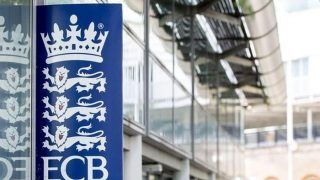 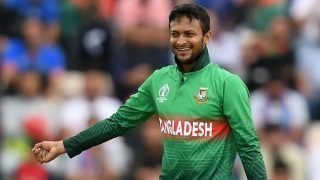