World Cup is an afterthought for Khawaja, whose primary concern is to win matches for Australia.

Usman Khawaja silenced Australia s concern regarding their opening combination by scoring a quiet half-century in the first ODI against India in Hyderabad. With Aaron Finch struggling for runs and Alex Carey having opened the innings earlier, Australia s opening puzzle was solved, albeit briefly by Khawaja, who scored 50 and added with Marcus Stoinis very useful 86 runs for the second wicket. (READ: India take 1-0 lead in Hyderabad)

Australia, despite Finch s wretched run as opener, are likely to stick with the captain at the top of the order, and with Steve Smith and David Warner s imminent return, Khawaja runs into uncertainty ahead of the World Cup. But all that is an afterthought for the left-hander, whose primary concern is to win matches for Australia. (READ: 1st ODI, Talking Points)

“I worked really hard to get back into the one-day team and I’m just enjoying the ride, doing the best I can for the team,” Khawaja said on Sunday. “Doing my best to win cricket games, that’s the most important thing. That’s all I can really focus on. They’re world-class players and they’ve been amazing for the one-day team for Australia for a long time. I’m sure when they do come back they’ll be welcomed with open arms.”

The half-century comes at a crucial time for Khawaja, who had been struggling to score runs at a pace required in limited-overs. In the three ODIs against Australia in January, Khawaja scored 59, 21 and 34, and while those are promising starts, the strike rate at which the runs were scored was questionable. With four ODIs remaining in India and another five in the UAE against Pakistan, Khawaja is looking forward to building on that aspect of his batting.

“It’s all about executing your skill, do it better for longer,” he said.

“The best players do that there are always risks to be taken in one-day cricket, as there are in T20 cricket. You probably don’t realise it at the time, if the ball goes for four you don’t realise what kind of risk it was and if you get out to it then people see the risk there. As a batsman you’re always juggling that in any short-form cricket. The best players do it better.” 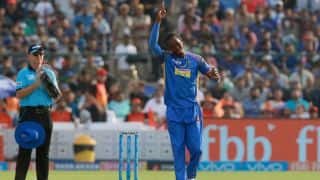 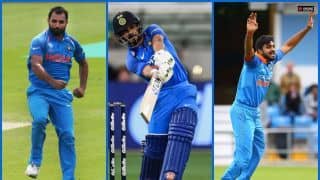