The teams meet at the MCG on Friday where a sold-out stadium awaits in anticipation of another high-octane T20I.

Throwing all pre-game predictions out of the window, Australia got the better of Virat Kohli s Indian cricket team in the first T20I at the Gabba on Wednesday. In a rain-truncated affair, the home team was boosted by some impressive performances as they recorded an important win against higher-ranked India – which was a wake-up call for the visitors who are chasing their eighth consecutive bilateral T20I series.

Now the teams meet at the MCG on Friday where a sold-out stadium awaits in anticipation of another high-octane T20I.

India clean swept a three-match bilateral T20I series last time in Australia. However, this time, despite the pre-series hype, they have been jolted early and will have to work on several fronts including a settling on a combination to give them an edge.

ALSO READ: Indian team combination in focus with series on the line

India benched their top-ranked T20I bowler, Yuzvendra Chahal, in Brisbane. On another huge ground, India could bring him back and drop left-arm pacer Khaleel Ahmed for a three-prong spin attack. Kohli should also move to the No. 3 spot.

A much-needed win means that Australia would be unwilling to tinker with a winning combination.

Australia have the advantage. India need a win. There is rain in Melbourne. We could be in for another truncated game. The team with better skills in a shoot-out will emerge on top, which tilts the scales in favour of Australia who just came out of a jam in Brisbane.

How to watch India vs Australia 2nd T20I

The India vs Australia series will be telecast live on the Sony Sports Network. Additionally, viewers can stream the match on SonyLIV. 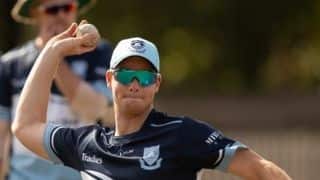