India vs Australia, 4th Test: Only David Warner can answer if he put himself under pressure, says Graeme Hick

India vs Australia, 4th Test: Only David Warner can answer if he put himself under pressure, says Graeme H

With 193 runs from eight innings, David Warner's failure is one of the biggest reasons that Australia s batting, save Steve Smith, look convincing only in patches.

Dharamsala: Australia’s batting coach Graeme Hick says only David Warner can answer if he put himself under too much pressure coming into the India series as the aggressive opener struggled badly for runs. With 193 runs from eight innings, Warner’s failure is one of the biggest reasons that Australia’s batting, save Steve Smith, look convincing only in patches with an odd performance here and there. “Obviously, David will be very disappointed with his aggregate on tour. He is a very aggressive player, that s the way he likes to play and the way we like him to play. He was desperate to have a very big tour and to have a very big influence here. Whether he put himself under a bit too much pressure to do so, only he can answer that,” Hick said. FULL CRICKET SCORECARD: India vs Australia, 4th Test at Dharamsala

“He will reflect on it as champions do and feel and assess it himself. But without a doubt, he is one of our major players and you would have hoped for a little bit more from him but he was challenged. It is tough up front. Jadeja into the rough and Ashwin also bowls really well at him. They certainly questioned him. That s the beauty of the game, it puts these challenges up between great players and makes it very interesting to watch. David will obviously be very disappointed with the way things have gone,” Hick added.

Hick today conceded that Steve Smith is much better compared to others in this team which is a bit over-reliant on its skipper. Smith s 499 runs are way ahead of team s next best scorer Matt Renshaw who has accumulated 232 runs. Asked if that s the case, Hick replied,”A bit of both. He is just playing wonderful cricket at the moment. He asked me in the dressing room and I just said I think you’re just playing too well. You’re seeing the ball like a football. Jadeja and Saha’s partnership was fantastic feels Ashwin

Smith was a huge wicket for us, especially in the form that he is in. He will be disappointed as would anyone else be.” “He’s got seven hundreds in the last eight Tests against India. He has got a lot of runs against them. In some respect, you think they haven’t worked out how to bowl to him yet. So that was a bit unfortunate. Your key batsman is always a big wicket, whoever it might be. He’s batting beautifully, just unfortunate.”

Hick said that Smith will be as “disappointed” as anyone else. “The Australian team is that, it’s a team performance. Smith enjoys his own success as much as someone else doing well in the team. He would be feeling no different about his dismissal as any other guy.”

They have already accepted defeat and Hick said there was pin drop silence in the dressing room once the day’s play got over.

“Just stating the obvious — you could hear a pin drop in the dressing room. A very disappointing day. There is always a chance until the final ball is bowled. But the boys are pretty down but they will give it a good crack in the morning and you never know. But it is a tough ask,” he said. 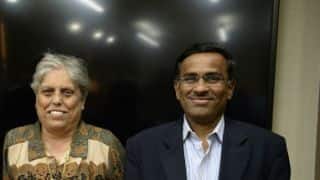 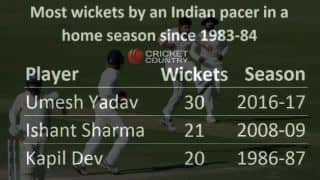