By tea on Day of the Sydney Test, Pujara had faced 1023 balls.

For the second time in his Test career, has Cheteshwar Pujara faced over 1000 deliveries in a Test series, highlighting his penchant for absorbing pressure and playing long innings. Pujara, who walked out at the fall of opener KL Rahul s dismissal after India opted to bat the Sydney Cricket Ground in the fourth Test, remains unbeaten on 61 off 138 deliveries at tea on Day 1, which takes his tally to 1023 deliveries.

There it is! Cheteshwar Pujara has now faced 1000 balls for the series.

Kohli has faced the next most with 653 balls.

The last time Pujara did it was also during the 2017 Border-Gavaskar Trophy played in India, where he finished the series with 368 runs off 1049 deliveries. He has once also faced 937 deliveries during the home series against England in 2012. The most instances for an India batsman facing 1000 balls in a Test series is eight, and the man to do so is Sunil Gavaskar. Rahul Dravid did it five times, followed by India captain Virat Kohli, who has thrice faced over a 1000 balls. 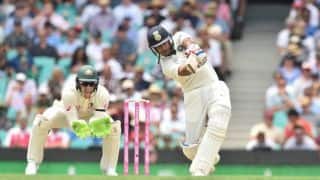 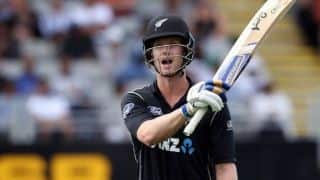