Marsh is keen on making a contribution when he comes out to bat in Australia s second innings.

For someone who has been in the international fold for almost a decade, Shaun Marsh leaves a lot to be desired. The left-hander, who was supposed to be one of Australia s bankable batsmen in the absence of Steve Smith and David Warner, has in fact, turned out to be one of their more bitter disappointments, managing 183 runs at an average of 26.1.

Marsh s struggles aren t only confined to the Border-Gavaskar Trophy. In his previous 19 innings, Marsh has surpassed 50 just once, and not surprisingly, his place in the team is beginning to get questioned by many former greats, including two-time World Cup winner Ricky Ponting, who sees no point in including Marsh in the Playing XI.

“Obviously it’s been a bit frustrating,” Marsh told Fox Cricket during the rain interval which delayed the start of Day 4 of the fourth Test. “I haven t been able to convert my starts into big scores which is disappointing but working hard and hopefully there is a big one in the second innings. “I’ve been getting myself in but just been getting out. At Test level you have to be able to convert your starts into big scores and unfortunately I haven t done it this series.”

However, despite being in the firing line, Marsh is not paying attention towards his critics and is keen on making a contribution when he comes out to bat in Australia s second innings. In the first dog, he was dismissed for 8, a loose short outside off, edging Ravindra Jadeja to slip, and as Australia have been made to follow-on in the second, Marsh would want to end the series with something substantial to show.

At 35, Marsh doesn t have many opportunities knocking at the door for him. Although did get a couple of starts in the series, scoring 60 in Adelaide and 45 in Melbourne, he was gutted to have not capitalised on them. Frustrated by lack of runs, Marsh hoped he could turn things around soon for himself.

“I try not to read or listen to it too much,” Marsh said. “Obviously there is a lot of noise there, but I try and go about my business as normal and try and just keep working hard and hopefully tomorrow I can get some runs on the board. “I m really lucky I ve got a fantastic family back home and I ve got a really good support base.”

Marsh is hopeful of striking form in the three ODIs against India starting January 13. “I’ve felt really good in the one-dayers the last 12 months. I m looking forward to the one-day series after this Test finishes,” he said. 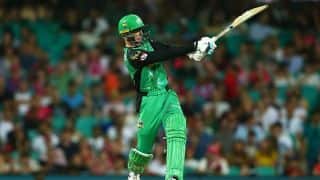 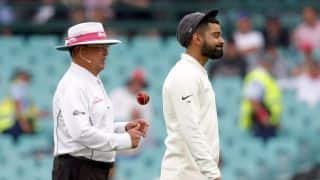