Pant is not one to shy away from criticism, but he'd rather prefer people helping him than just firing blanks from a distance.

In just five months, Rishabh Pant has played nine Tests for India, and has ticked most boxes that an international wicketkeeper requires to. He has two Test centuries and owns the record for most number of catches in a Test by an India wicketkeeper. And while the 20-year-old continues to show signs of being India s next big hope behind the stumps in all three formats, he has received a fair share of criticism, at times for throwing his wicket away or for shortcomings while keeping wickets.

Among those to have been the most vocal in pointing out Pant s flaws is former India wicketkeeper Farokh Engineer, who feels the 20-year-old snatches the ball, gets up too early and does not move his feet. Pant is not one to shy away from criticism, but he would rather prefer people helping him with suggestions than just firing blanks from a distance. (ALSO READ – Pant has lot of technical problem: Engineer)

“If someone really wants to help me then he can always come to me,” Pant told Times of India. “You can’t just criticize from a distance and then not help. I can’t go up to big names just like that. He (Adam Gilchrist) came to me by himself. We couldn’t spend much time but (now) I can go to him whenever I need help.”

For Pant s flambouyant batting, former cricketers have begun comparing the India wicketkeeper to some of the greats of the game. Engineer reckoned that Pant reminds him of a young MS Dhoni, while former Australia captain Ricky Pointing is confident of Pant being the next Adam Gilchrist.

“I do idolize Gilchrist and Mahi bhai (Dhoni),” said Pant. “But that doesn’t mean I want to become that same person. It’s not about copying your idol. It’s more about learning things from them. I want to be myself. I want to be Rishabh Pant.”

Pant has shown tremendous maturity not only in keeping wickets but also with the bat. In the recently-concluded Border-Gavaskar Trophy which India won 2-1 and created history to become the first Asian team to triumph in a Test series Down Under, Pant was the second highest-run getter in the series for India with 350 runs at an average of 58, next only to Cheteshwar Pujara. In almost all the innings, Pant got starts but couldn t quite build on it while batting with the tail.

In the first Test in Adelaide, the treatment Pant dished out to Nathan Lyon in an over took everyone by surprise as he took the offspinner for 18 runs in an over before finally perishing. “I could have easily come back unbeaten, but I played the situation and followed what the team had asked of me,” Pant said.

And then there were the banters with Australia captain Tim Paine which became the stuff of legend. The two had a go at each other for almost the entire series, with the highlight being Paine asking Pant to babysit his kids. All of that made for some unreal entertainment.

“That’s how I am,” Pant said. “If someone provokes me, I’ll give it back. I had a duty to do for my team. But I know the code of conduct. I remember my values. I have sledged, and people have actually loved it. That my mother and sister enjoyed it makes me happy.” 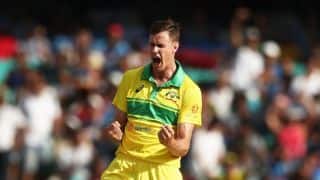