The country's cricket governing body and the Australian Cricketers' Association (ACA) remain locked in tense negotiations over the new Memorandum of Understanding (MoU).

Melbourne: Cricket Australia s (CA) chief executive James Sutherland has insisted that the ongoing pay dispute will not affect the national side in their bid to clinch Test series win in India. The country’s cricket governing body and the Australian Cricketers’ Association (ACA) remain locked in tense negotiations over the new Memorandum of Understanding (MoU). The current deal expires on June 30. In December last year, CA had postponed pay talks with the ACA, saying the on-going negotiations can distract the players at this busy time of the season, referring to the Boxing Day Test and the early rounds of the BBL. FULL CRICKET SCORECARD: India vs Australia, 2nd Test at Bengaluru

However, Sutherland now said that all negotiations regarding the pay contract would be held far away from the players back in Melbourne while affirming that it would be the last thing on the minds of the Australian team. “We don’t think so. We’re in the flow with the discussions that are going on back home,” ESPNcricinfo quoted Sutherland as saying.”I think from the players’ point of view, it’s the furthest thing from their mind, they’re absolutely ingrained in this contest here. And I think for them it seems a long, long way away. Things will bubble away back home, we will, I’m sure, make progress over the next little while. Bits and pieces will be written in the newspapers and they’ll pick up snippets from there, but it won’t be any sort of distraction for them,” he added. IND vs AUS, 2nd Test, Day 2: Australia stand tall despite India’s inspired fightback

Under the proposal, male and female players would eventually get the same hourly rate, but it would take four to five years for equality to be achieved. 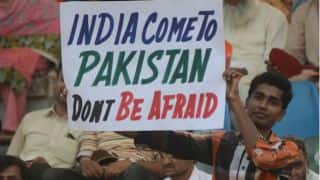 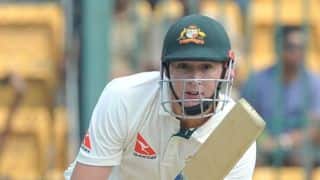