India vs Australia: Jason Krejza says Australia spinners may not get to play a big role in Bengaluru Test

India vs Australia: Jason Krejza says Australia spinners may not get to play a big role in Bengaluru Test

Jason Krejza feels that the impact of the Australian spin duo will likely get diluted as the Border-Gavaskar Trophy 2016-17 moves forward.

While cricket fans and players all over the world are cheering for spinners Steve O’Keefe and Nathan Lyon for the web they weaved around the Indian batsmen in the first Test at Pune, former Australian spinner Jason Krejza, does not see a smooth road ahead for the duo. Krejza, 34, who delivered his smashing Test debut with 8 wickets for 215 runs against India in Nagpur on 2008, does not see India preparing wickets that will turn from the word go. Australia won the first Test on a rank turner by a huge margin of 333 runs, which marked their first win in India since October 2004. Australia currently lead the four-Test series 1-0. FULL CRICKET SCORECARD: India vs Australia, 1st Test at Pune

Speaking to Times of India, Krejza predicted the wickets in the upcoming Bengaluru Test “will be a sporting one which will last for five days.”

On the Pune Test series of last week, Lyon delivered 4 for 53, while O’ Keefe, who was also declared the ‘Man of the Match’, finished with identical figures of 6 for 35 in the two innings. It was O Keefe s achievement that brought an end to drought for a win for his time since the last 13 years in India. Krejza, however, feels that the impact of the duo will likely get diluted as the series moves forward. “I think the spinners are going to be the key but on wickets such as the one in Bengaluru, the pacers will have a say as well,” he pointed out.

He also added that the upcoming matches will test the patience of the spinners when unfavourable conditions arise. “They both will have to set strong fields, bowl tight lines and be patient. There could be periods of play where our spinners would have to be a bit more defensive too. I don’t think they would get as much spin in the first 2-3 days (in the upcoming games). However, there would be assistance for them going into the 4th and 5th days,” he reasoned.

However, the one person on whom Krejza has his confidence is spin consultant for the Australian team, Monty Panesar. “I feel it is important to have someone who can guide you, and tell you what has to be done on Indian conditions. Monty has had success bowling in India and his inputs have come in handy.

On a concluding note, Krejza, who got 12 wickets in the Nagpur Test eight years ago, says that Lyon remains the side’s No 1 spinner. “Nathan has a proven record over a period of time across the globe, he said. 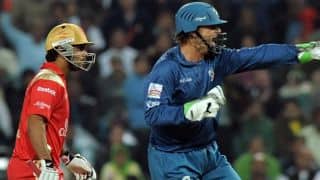