The record-setting Australian spinner Nathan Lyon will head to Adelaide Oval next week a confident man, after snaring seven wickets in a New South Wales win over Western Australia in the latest round of Sheffield Shield matches.

Lyon, Australia s most successful finger-spinner with 318 Test wickets, followed a starring role in NSW s win over Queensland last week with figures of 3/34 and 4/86 at the 60,000-seater Optus Stadium in Perth.

The first Test between India and Australia starts December 6 at Adelaide Oval, where the 31-year-old famously bowled the home team to victory in the first Test of the 2014-15 series with 12 wickets.

“If I recreate that it would be amazing,” Lyon said. “It was an amazing Test match for what cricket can offer. It was a different Indian side back then. But this Indian side, they’ve obviously got superstars right through from batting to bowling. I’m feeling very good. I’m feeling very confident with the ball at the moment.”

The second Test between India and Australia will be played at Optus Stadium and Lyon was eager to get back given the bounce he found there.

“I think it was a pretty well-rounded wicket,” Lyon said. “I love bowling at the WACA, because you get the bounce. I certainly got some bounce out here. They are pretty similar.” 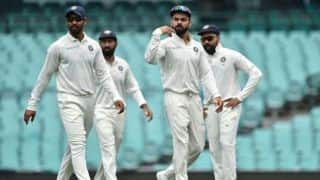 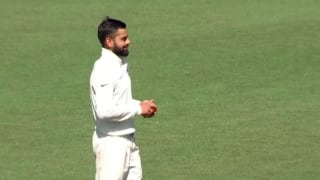