The series will comprise two T20Is that will start at 7:00 PM IST and five ODIs, which will start from 1:00 PM IST.

The Board of Control for Cricket in India announced the schedule for the upcoming home series against Australia set to be played from February 24 to March 13, 2019.

The series will comprise two T20Is that will start at 7:00 PM IST and five ODIs, which will start from 1:00 PM IST.

After wrapping up their limited-overs tour of New Zealand, ending on February 10 with the third T20I, India will take on Australia in a two-match T20I series on February 24 and February 27 at Bengaluru and Visakhapatnam, respectively.

The Bandwagon will move to the 50-over format with the series opener Hyderabad on March two, followed by ODIs in Nagpur (March 5), Ranchi (March 8), Mohali (March 10) and in Delhi (March 13).

10 days later, India players will feature in the IPL for the whole of April and first two weeks of May, before embarking to England for the 2019 World Cup slated to start on May 30.

With India s Test commitments overs till the World Cup the focus is on limited-overs, but IPL s proximity to the World Cup will be a concern for India players who will feature in the IPL 2019 heavily.

However, coach Ravi Shastri said he has had talks with the BCCI and the CoA about managing the players and he himself will take the lead in monitoring the players.

We ve been in touch with the BCCI and CoA in this regard, Shastri told The Times of India from Sydney. We have certain plans in place and we ll be looking to follow them. Usually, the two months of IPL are seen as relatively free months for me and I can just sit down and enjoy the cricket, watch out for new, young talents that keep emerging. But this IPL will be about monitoring the players, keeping the World Cup in mind.” 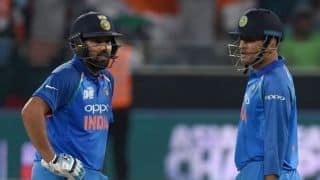 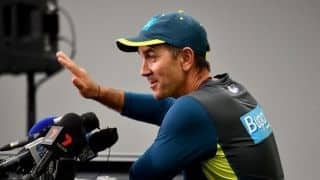