Umesh has improved as a Test bowler but he along with Shami have fallen behind in the pecking order in limited-overs cricket.

The experienced Umesh Yadav and Mohammed Shami find themselves in India s fringes in limited-overs cricket. The duo got an opportunity to play in the fourth ODI at Bengaluru. While Shami went wicket-less going over six an over, Umesh got a four-for but he leaked over seven an over. The 29-year-old Umesh believes that he and Shami will have to be more consistent in order to feature in the playing XI regularly. He also hailed how the team think tank has managed pacer’s workload.

Umesh has improved as a Test bowler but he along with Shami have fallen behind in the pecking order in limited-overs cricket. Jasprit Bumrah and Bhuvneshwar Kumar have been India s preferred pacers in shorter formats.

Ahead of the fifth and the final ODI against Australia, Umesh told the media that while he preferred playing Tests, he also wants to improve in the other 2 formats.

The team s morale is good after the rare loss (in Bengaluru). I think we gave 15-20 runs extra. Shami and I played after a long time but we are senior players, we have to deliver on whatever the team needs from us. Shami and I have to take more responsibility in the death overs , said Umesh as reported by PTI. I like playing Tests more (than ODIs). You get time in the longest format to execute plans. You have different situations over the course of the five days so I like that challenge. It makes you more confident and accurate. I am happier playing Tests.

In ODIs you don t get enough time to execute your plans fully. But at this stage of my career, I can t pick and choose. My thinking is that I should play in any format as long as I am getting the chance, he added.

Umesh said that he cannot pick and choose as the team is not playing 15 to 20 Tests in a season.

If there are lots of Test matches, then you have to choose. But you can t say that you will play Tests only because there will be a time when there are not playing enough games in a season. What will you do in free time? Body needs match practice, he said.

Umesh was rested for the ODI series against Sri Lanka. He likes it how the management is taking care of pacers workload.

It is good for the fast bowlers. If you play continuous Tests, it is a lot of load for the pacers. You are playing in subcontinent and it is very tough on the body. After that, it is hard for us to come back with the same intensity and play ODIs. So rest is a better option, it give you time to recover from niggles, that could otherwise keep you out of action for months. As a fast bowler, you should know much you need to bowl in the free time after a long series. You have to know your body. In free time, I know how much I need to bowl and how my body is reacting, said the local boy.

Umesh has 102 wickets from 71 ODIs at 32.25, and being the local boy of Nagpur, he will be raring to go out in the middle and help India win the game in order to regain the No.1 spot. 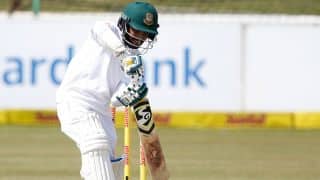