Shaun Marsh has been recalled into the Test squad, having recovered from a finger fracture he suffered in the first Test against South Africa at the WACA in November.

Melbourne: Matthew Renshaw may have staked his claim for the opener’s spot after doing well against Pakistan but Steve Waugh wants Shaun Marsh to open alongside David Warner when Australia take on India in the first Test starting in Pune, February 23.”For me, while Matt Renshaw has done exceptionally well in Australia. I’d be very tempted to play Shaun Marsh in the first Test,” Waugh said during a fan chat on his Facebook page.”He (Marsh) has a proven track record and he was the incumbent opener before he was injured. I think he’s ready to go at this level, he knows the conditions well, he’s played in the Indian Premier League.

“It gives Australia a bit more experience. I would open the batting with him and Dave Warner,” Waugh opined. Marsh has been recalled into the Test squad, having recovered from a finger fracture he suffered in the first Test against South Africa at the WACA in November. The 33-year-old has a decent record in the sub-continent, where he averages more than 78 in Tests including two hundreds in Sri Lanka.”I’m happy he is back in the squad. I think he can add something in those conditions, he’s got a very good record on the subcontinent particularly against Sri Lanka on the two tours he’s been there,” Waugh added. FULL CRICKET SCORECARD: India vs Bangladesh, One-off Test at Hyderabad

Renshaw has also taken advice from Matthew Hayden ahead of the India tour, “I have had couple of conversations with him (Hayden) over the phone. He has just told me to embrace it over there and get as much experience as I can. I am 20 years old and going over to play in one of the hardest places in the world. So I will just try to embrace it and enjoy the challenge. I hear certain things from certain players but you never know until you get over there. So looking forward to the challenge.” 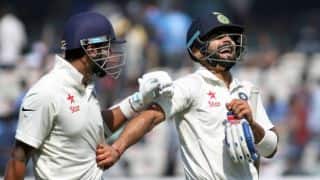 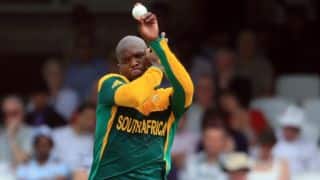