Wade had smashed back-to-back fifties in the last two T20Is against India.

Former skipper Michael Clarke believes in-form wicketkeeper-batsman Matthew Wade can be a makeshift opener in an injury-hit Australia squad for the first Test against India beginning at Adelaide on December 17.

Australia are grappling with injury issues ahead of the day-night Test with David Warner being ruled out due to a groin injury, while Will Pucovski, who was considered a sure-shot selection for the opening Test, is now a doubtful starter after suffering a concussion in a warm-up game against India A in Sydney.

Joe Burns’ awful run of form has only added to the list of worries for the selectors. With Cameron Green making a case for his selection with a hundred against India A, Clarke feels in that case Wade should be pushed up the batting order.

“If you’re going to pick (all-rounder) Cameron Green then you’ve got to find another spot for Wadey,” Clarke told AAP.

“He’s got to be in that starting XI but that could be anywhere in that team. That could be opening the batting if need be. I think Wadey can do that.”

Wade had smashed back-to-back fifties in the last two T20Is against India. However, he has never batted higher than No.5 in Test cricket though he did open for Australia in 10 ODIs, averaging 30.60 with the highest score of 75. Sri Lanka Tour of South Africa to go Ahead as Planned Despite Coronavirus Scare, Confirms SLC 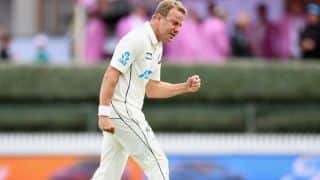