India vs Australia, U-19 World Cup final: Prithvi Shaw all praise for in-form pacers ahead of marquee clas

Both India and Australia are the most successful teams in the tournament's history with three titles each.

Ahead of the U-19 World Cup final, while the cricketing fraternity is busy choosing their ‘favourite’ for the marquee final, India skipper Prithvi Shaw believes his side’s pacers hold them in good stead versus Australia. Interestingly, both India and Australia are the most successful teams in the tournament’s history with three titles each and would look to go the distance once again at Bay Oval, Mount Maunganui.

“Whenever the team’s needed them, they (fast bowlers) have provided the breakthroughs. They’re ready whenever I ask them to bowl. They’ve good intensity as well, their fitness is great as well. All of them Kamlesh (Nagarkoti), (Ishan) Porel, (Shivam) Mavi. It helps us all to have a good attitude in the field, we’re all really pumped up when our fast bowlers do well,” Shaw stated on the eve of the summit clash.

Shaw, however, remains undeterred by India’s batting lineup’s minimal exposure due to the top order’s sublime form. “I have confidence that even if we get one partnership, we can take charge of the match and take the score to 250-300. If you look at our match against Australia too, we put up a good total, even though we lost a couple of wickets after an early partnership. The middle order also controlled the innings well,” Shaw added.

The Indian skipper, though, was quick to point out Australia’s upward spiral since their tournament-opener defeat versus India (by 100 runs). “They (Australia) are a good side, it will be challenging for us even though they have lost against us in the first game. They have got a better side right now. We will stick to our process and will try to execute it on the field,” said Shaw.

Touted as Indian cricket’s next superstar, Shaw has been in rollicking form. He has amassed 232 runs in four innings with a best score of 94 against Australia in India’s first match.

“I can’t actually describe myself but I think so far I am really doing good. If you see the results, the batting and bowling and the intensity on the pitch and the attitude how the boys are behaving, it’s a good sign till now,” Shaw signed off. 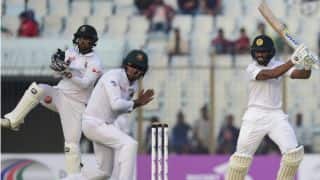