India vs Australia: Will Pucovski Rates Ravichandran Ashwin Most Unique Bowler on "Special" Test Debut at

Pucovski became the youngest Australian to score a half-century on debut and is confident that Australia will dominate the match. 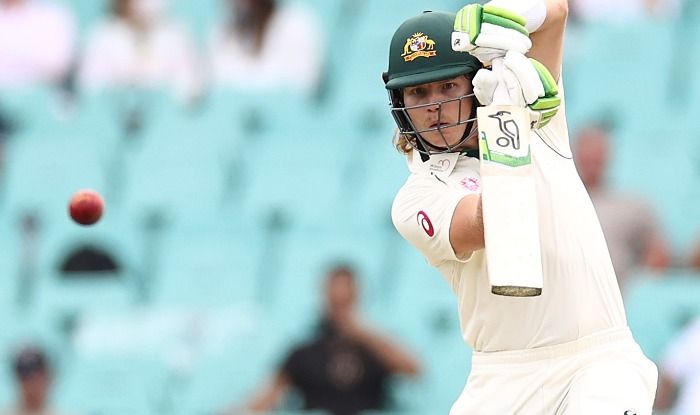 Australia rookie batsman Will Pucovski opened up his incredible debut experience against India in the third Test at Sydney Cricket Ground. Pucovski impressed everyone with his batting skills against the fierce India bowling attack. The right-hander played a gritty knock of 62 runs after missing the first two Tests of the series due to concussion-related issues.

Pucokski shared his experience when he walked down the SCG to make his debut and he called it a very special day.

“It was a pretty incredible experience. It’s meant everything to be honest, that I am putting in a lot of hard yards on and off the field, hopeful that this day would come and it was a very special day,” Pucovski said at the virtual post-day press conference.

Pucovski steadied the Australian ship along with Marnus Labuschange (67 not out), as the hosts ended the rain-curtailed opening day at 166 for two.

The 22-year-old talked about facing the Indian bowlers and claims that the veteran off-spinner Ravichandran Ashwin is the most unique among all.

“They (Indian bowlers) are all very good. Playing your first game, I would say Ashwin, probably, is the one who is the most unique in a way,” he said.

The Aussie opener said he has not experienced Ashwin-like variations in his career before which make it more challenging to face the ace spinner.

“Obviously (Jasprit) Bumrah has his unique action but Ashwin just with his different variations and how he uses the same to sort of bowl. But yes his little-different variations, was something that I hadn’t really experienced before, so that was quite challenging,” said Pucovski.

Pucovski became the youngest Australian to score a half-century on debut and is confident that Australia will dominate the match.

“It was a very nice batting wicket. I am very hopeful that with the amount of batting in the team now and what we have got to come, we can post a really good total and then with the world-class attack that we have put them (India) under the pump, hopefully dominate the game,” he said.

Team India fast bowlers tried to put Pucovski in discomfort with the short balls to which the young batsman said he was expecting the same and was ready for the challenge.

“I’ve been bounced non-stop in all cricket I’ve played really, just with my history of concussion. It’s part of it, to be honest. I knew India would come at me pretty hard with it. I felt like I handled it well at times and probably went out of my bubble at other times.

“But a lot of that comes down to the excitement of your first game and just making sure you get that first one out of the way then hopefully roll on and improve from my experience today,” he said.

Pucovski shared a crucial 104-run stand with Marnus Labuschagne and he said it was awesome to bat with the senior pro.

The opening batsman shared a 104-run stand with Marnus Labuschagne for the second wicket after the departure of David Warner. Pucovski talked about batting alongside Labuschagne and said he was a great support in the middle.

“He has been amazing the last couple of years, so just feeding off his experience a little bit. I was honestly telling him how much I was loving it to be honest, he was a great support out in the middle, so it was awesome to bat with such a good player and start to learn a bit about Test cricket,” he said.

Pucovski was presented the Baggy Green by his Victoria coach Andrew McDonald.

“It was very special and I was pretty wrapped when I found out that Ronny was going to be presenting it. We have been through a lot together, he was my first coach in Victoria and it was one of those moments it was nice to share with someone that I do have close connection with,” he said.