Bangladesh on Thursday included uncapped wicketkeeper-batsman Mohammad Mithun and paceman Taskin Ahmed in their 15-man squad for the one-day international series against India that begins next week.

India will arrive in Dhaka on June 13 to play the three matches at Dhaka’s Sher-e-Bangla National Cricket Stadium on June 15, 17 and 19. Mohammad Mithun played a Twenty20 International against Sri Lanka at home earlier this year, but was not selected for the subsequent Asia Cup and ICC World Twenty20.

Pace bowler Taskin impressed in his Twenty20 debut against Australia in the World Twenty20 in Bangladesh, picking up a wicket for 24 runs. “We have kept more or less a settled squad but it is also important to get an idea about the kind of back-up we have in our hands as we start preparing for the ICC World Cup in Australia-New Zealand next year,” said chief selector Faruque Ahmed.

“Mithun has been under our radar for a while. He has performed consistently in the limited overs format and in the longer version and deserves a chance at international level. Taskin is an exciting prospect and has already played a Twenty20 international. We thought it was a good opportunity to see how he performs in the 50 overs game in home conditions against some quality batsmen,” said Ahmed. Opening batsman Tamim Iqbal, who missed Bangladesh’s last one-day competition, Asia Cup, also returned to the side. 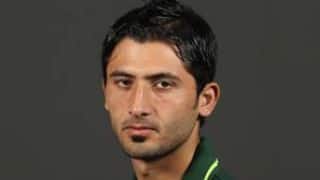