The mascots, Pinku and Tinku, which were unveiled by Ganguly on Sunday, will be seen during the Test and in its build up to make the historic event a big hit with the kids. 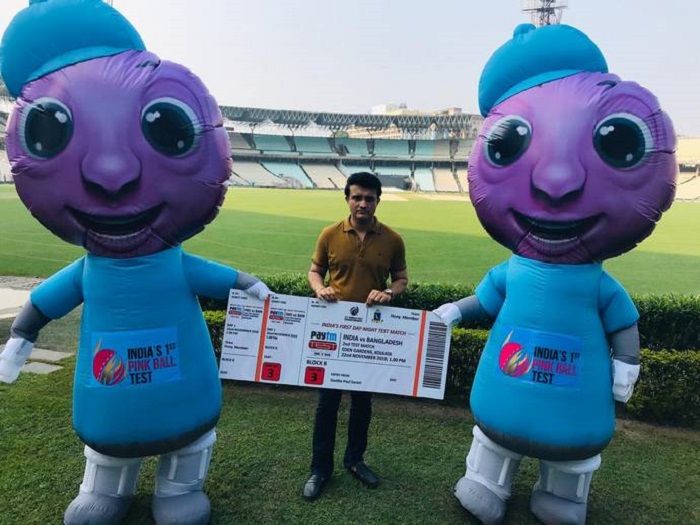 Kolkata is prepping up to host the first-ever pink ball day-night Test match at the Eden Gardens. India will face Bangladesh in the historic match the second of the two-Test series which will get underway on Friday.

The pink-ball Test will also have India’s first-ever Day-Night Test’s official mascots Pinku and Tinku. Meet Aniket Dhar, a South Kolkata based graphic designer, responsible for designing the mascots. “I got a call from my friend with whom I work on a assignment basis. He told me to work on mascots keeping in mind the pink ball Test,” Dhar told IANS on Monday when asked how did the opportunity come to him.

“The brief was to make it unique so that it catches everybody’s eyes and of course, pink being the theme,” he said.

In fact, Dhar, who had not done something of this magnitude before, said it was BCCI President Sourav Ganguly’s energy that egged him on to carve out a design that was approved at first sight.

“I am an avid cricket follower. I know Dada was the man behind making pink ball Test possible and when my friend told me about this project, he said, ‘Dada will personally approve it. He is very passionate about it so do it well’. He is a busy man and if he can take out time to see my work, I need to put my best foot forward. I gave my best, and thankfully everything fell in place at the first go,” said the 32-year-old who has more than five years of experience as a senior 3D artist.

The mascots, Pinku and Tinku, which were unveiled by Ganguly on Sunday, will be seen during the Test and in its build up to make the historic event a big hit with the kids. Ganguly was seen posing with a match ticket and the mascots on Sunday.

Other parts of Kolkata too have been decorated with pink lights while some landmarks will be lit up in pink lights in the run-up to the match. A giant pink balloon has also been positioned near the stadium which will be there till the end of the match.

The Sahid Minar and some Kolkata Municipal Corporation (KMC) parks will be illuminated with pink lights, while the Tata Steel building will have 3D Mapping from November 20. The clubs on Maidan are also not far behind. The Measurers’ Club turns pink at night and others are set to follow suit.

A launch with similar illumination is plying on the Hooghly River every evening from November 16. It will keep moving between Howrah Bridge and Vidyasagar Setu till the match day. A dozen billboards across the city, six LED boards and branded buses will also be seen from Monday onwards to further increase awareness about the Test.

To keep the stadium buzzing, the Cricket Association of Bengal (CAB) has collaborated with Creocraft that will help bring Eden’s walls to life. The paintings will tell the story of a cricketer and his journey from the maidan to the national side. Over 20 artists studying at the Indian Art College are working day and night to paint this idea on the walls of the iconic stadium. 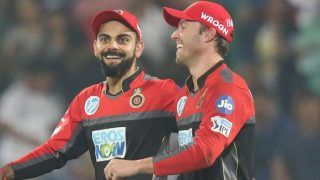