Bangladesh sealed a five-wicket victory in a tense match against Pakistan on Wednesday.

Dhaka: Bangladesh Captain Mashrafe Mortaza is delighted at reaching the Asia Cup final but wants his teammates to stay focused. The hosts will take on India in the final at the Sher-e-Bangla National Cricket Stadium on Sunday. The Tigers sealed a five-wicket victory in a tense match against Pakistan on Wednesday. Bangladesh suffered a tame defeat to India in their opening match of the tournament. But three straight wins after that have boosted their confidence. FULL CRICKET SCORECARD: India vs Bangladesh, Asia Cup T20 2016 Final at Dhaka

“The final match is still to be played. I advise everyone to keep their feet on the ground and play their natural game. I ask them not to take any extra pressure,” Mashrafe was quoted as saying by bdnews24.com on Thursday. He said a cloud of uncertainty had been hanging over their participation in the final. But the players were confident about playing the title decider.

“The players had confidence and it worked. We will try to give our best (in the final). If we can, it will be a great game.” Mashrafe is unwilling to ponder about winning or losing the final. He is keen on enjoying the match which will mark Bangladesh’s second Asia Cup final in four years.

Earlier, Bangladesh’s main batsman and all-rounder Shakib-Al-Hasan was fined 50 per cent match fee for breaching Level 1 of the International Cricket Council (ICC) Code of Conduct during his side’s Asia Cup Twenty20 2016 match against Pakistan in Mirpur on Wednesday. The incident happened in the 18th over of Bangladesh’s innings when Shakib hit the stumps with his bat in frustration after getting dismissed. 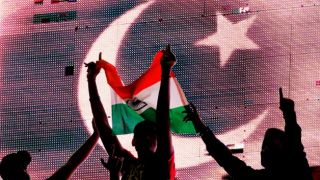 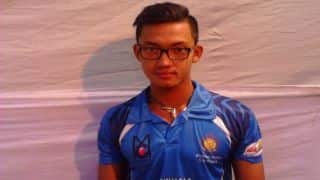