India vs Bangladesh World Cup preview: Virat Kohli likely to get the nod ahead of Suresh Raina

India vs Bangladesh World Cup preview: Virat Kohli likely to get the nod ahead of Suresh Raina 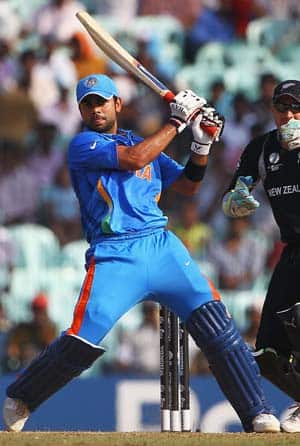 Until 2007, an India vs Bangladesh encounter to kick-start a World Cup would have been scoffed at. It would have been seen as a hopeless match for Bangladesh and an easy few points to be pocketed for India. But now, as the 2011 World Cup prepares to launch at the Shere Bangla Stadium in Mirpur, the scenario is decidedly different.

Many, too many in fact, are calling this The Grudge Match. Few need reminding of what transpired at Port of Spain on March 17, 2007; but for the record, a strong Indian side were outclassed by a spirited Bangladesh side in their opening encounter of the 2007 World Cup. India, stunned by opener Tamim Iqbal’s audacious half-century, lasted two more games and found themselves boarding the flight out of Trinidad dazed and confused. It was a crushing blow for the players and their fervent supporters, because Mission 2007 had been such a talked-about feature of then coach Greg Chappell’s vision statement.

India has, refreshingly, picked themselves up since that woeful sojourn to the Caribbean. Briefly, they were the top-ranked side in one-day cricket, and enter the first World Cup to be held in Asia since 1996 as favourites. It’s a tag that doesn’t sit well with India, but they will fancy themselves to get off the ground running in their very first match, despite the opposition and the passionate support they will receive from die-hard fans in Mirpur.

They have the firepower and belief. They are an unbelievably determined side and have been tagged as the nation’s best bet to lift the World Cup since 1983, when Kapil’s Devils stormed Lord’s. The batting can post and chase down 300 with ease, and the bowling – while prone to fits of nerves and idiocy – is capable of humbling the best. The only headache the team will admit to is whether to include Virat Kohli or Suresh Raina in the final XI.

Dhoni has hinted in his pre-match press conferences that Kohli may get the nod. “As of now, Virat has been showing good form and scoring runs coming in at No.4 which I think is a very important slot,” he said in Mirpur. “If it is a choice between Raina and Kohli, then I think Virat has an edge, because he is in good form and scoring a lot of runs.”

That means that, following the fixed top three, the line-up will read Yuvraj Singh at No 5, Dhoni at No 6, and Yusuf Pathan to follow. Zaheer Khan and Harbhajan Singh are certainties, with either two of Ashish Nehra, Sreesanth and Munaf Patel to follow or, if Dhoni opts for a twin-spin attack, Piyush Chawla could feature.

It won’t be an easy match, however. Bangladesh has, since their quixotic 2007 World Cup campaign, improved as an ODI side. They beat a second-string West Indian outfit away, picked up four series wins over Zimbabwe, and whitewashed New Zealand 4-0 at home. Along the way there was a solitary win over England in England.

There were many defeats too, and far too many matches squandered from positions of solidarity, but over the past season Bangladesh has become far more steely than they ever have been in their chequered international history.

Central to that has been their captain and best player, Shakib Al Hasan. He has been a vastly-improved player since being handed the leadership, first as stand-in and now as the rightful leader of a spirited team. He has inspired with bat, ball and in the field, and he now rightfully leads a Bangladesh team that for the first time in World Cup history are expected to make it past the first stage. With a good number of game at home, Bangladesh will not be pushovers and the support they receive in their own backyard will be overwhelming for visiting teams.

Bangladesh aren’t likely to tinker with the side that featured in the warm-ups. The batting pretty much picks itself, with the only toss-up being whether to slot in the frustratingly underachieving Mohammad Ashraful or Raqibul Hasan into the middle order. The new-ball pair is likely to be Rubel Hossain and the promising Shafiul Islam followed by a phalanx of canny spinners.

Head-to-head, this shouldn’t be a contest. The World Cup co-hosts have faced each other 22 times, with India winning 20 games. But in 2010 we saw how unpredictable the one-day game can be, and it’s on that refreshing knowledge that this game assumes a cloak of excitement, further boosted by the fact that the atmosphere in Mirpur will be crackling. 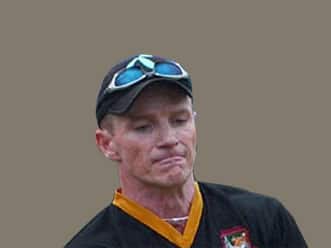