India had suffered a setback when they had to go into the T20 International series against England without Jasprit Bumrah. However, Hardik Pandya rose to the challenge, KL Rahul and Rohit Sharma got hundreds, Virat Kohli was as consistent as ever, and Kuldeep Yadav won a match on his own. In the end India clinched the series 2-1, a fair outcome given the performances of the sides. The sides will now move on to Trent Bridge for the ODIs. Before the series begins, here is a statistical preview of the first ODI:

1.333 India s win-loss ratio against England (52 wins, 39 defeats), their 2nd-best against any side against whom they have 75 or more ODIs. They have a ratio of 1.607 against Sri Lanka. However, they have beaten England 15 times and lost 19 times on English soil.

0.789 England s win-loss ratio against India, their worst against any side irrespective of number of matches played.

33 runs needed by MS Dhoni to reach the 10,000-run mark. Dhoni will become the 4th Indian (after Sachin Tendulkar, Sourav Ganguly, and Rahul Dravid) and 12th overall to the milestone.

99 runs needed by Dhoni (1,425) to become the highest scorer in India-England matches. The record is currently held by Yuvraj Singh (1,523), while Sachin Tendulkar (1,455) is also ahead of Dhoni. The highest run-getter for England is Ian Bell (1,163). However, of members in current squads, Joe Root s 468 is the most by an Englishman.

10 wickets for Bhuvneshwar Kumar, the most in India-England matches among players in the squads. Liam Plunkett and Ben Stokes have 9 each. This is surprising, given that six men have taken 35 or more wickets, but then, the bowling attack of both sides have been revamped of late.

5 wickets needed by Akshar Patel to reach the 50-wicket mark. Akshar will become the 35th Indian and 300th overall to the milestone.

144 runs needed by Jonny Bairstow to reach the 2,000-run mark. Bairstow will become the 27th England cricketer and 213rd overall to the milestone.

1 uncapped players in the Indian side Deepak Chahar. If he plays he will become the 221st ODI cricketer for India. 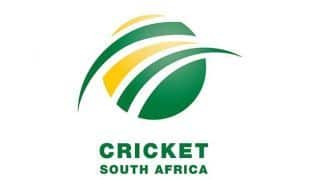 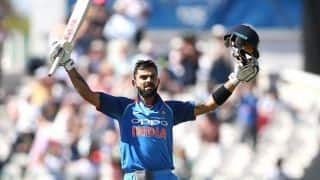