The first Test between India and England, starting August 1 at Edgbaston, Birmingham, is the most anticipated cricket contest right now, but Warwickshire County Cricket Club are not too optimistic about substantial gate money. According to a report in The Guardian, Warwickshire CCC ‘fear’ that Edgbaston may witness up to 10,000 empty seats on both Days One and Two. This is a substantial number, given that Edgbaston can seat 25,000 people. Ticket sales are not likely to witness a major boost on Day Three as well, given that it is a Friday.

Warwickshire won’t be the first county to take a financial hit during the tour. Essex County Cricket Club had to refund 2,000 tickets after India had decided to play a three-day tour match (instead of the scheduled four-day contest) at Chelmsford. Ironically, though this enabled India to reach Birmingham a day early, the Sunday rain delayed their practice by 24 hours.

If that happens it will definitely be a disappointment, more so because the fact that the Test will be England s 1,000th a first for any country. Birmingham also boasts of a reasonable South Asian population. 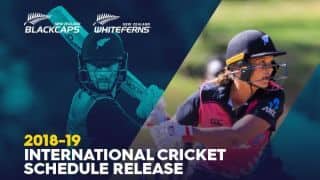