England resumed on 43 for one and have progressed cautiously so far. They are 68 for one.

England began on a steady note on the third morning with Sam Robson and Gary Ballance looking comfortable against the Indian pacers in the first test at Trent bridge. England resumed on 43 for one and have progressed cautiously so far. They are 68 for one.

Robson got two consecutive boundaries in the 24th over when he drove neatly through covers and followed it up with a wristy flick off a yorker. He followed it up with another four in the 26th over. Robson is batting on41  and Ballance has been hanging around patiently on 18.

Earlier in the match, India posted a formidable total of 457. India were 342 for nine at one stage when Mohammed Shami (51 not out) and Bhuvneshwar Kumar (58) shared a 111-run 10th-wicket stand to take India past 400. In response, England lost the wicket of Alastair Cook bowled by Shami. 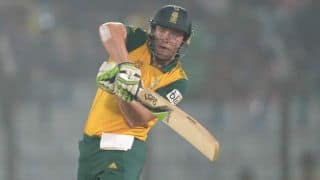 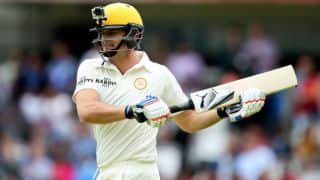