Akash Chopra posted a photo of the pitch on his Instagram page.

The pitch for the fourth Test match between India and England at Manchester will be green, and is likely to assist pace and bounce. Former Indian cricketer Akash Chopra posted a photo on his Instagram page that showed the pitch to be extremely green.

India and England have played 3 Tests so far in the tournament, with each team having won a Test each. India won the second Test at Lord’s thanks to a scintillating performance by Ishant Sharma, while England won the third Test at Southampton courtesy some brilliant bowling by James Anderson.

India will look to perform better with the ball, and will also need middle-order batsman like Cheteshwar Pujara and Virat Kohli to come good in order to succeed at Manchester. 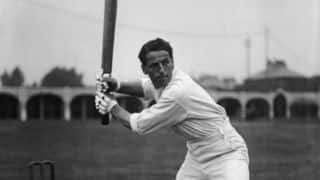