Surrey batsman Ollie Pope is set for England debut as England and Wales Cricket Board announced a 12-member squad for the second India vs England Test starting August 9.

Surrey batsman Ollie Pope is set for England debut as England and Wales Cricket Board (ECB) announced a 12-member squad for the second India vs England Test starting August 9.

Pope comes in for Dawid Malan, while Essex fast bowler Jamie Porter misses out from the initial 13-man squad.

“Ollie Pope will come in and bat at four,” said Root during a pre-match press conference at Lord’s on Wednesday.

However, the replacement for Ben Stokes, unavailable for the second Test due to his on-going court case for affray, will only be known at the toss with Moeen Ali and Chris Woakes vying for the allrounder s slot.

Pope is set to become the 686th Test player for England. The 20-year-old has been in brilliant form for County Championship leaders Surrey this season, scoring 684 runs at a huge average of 85.50, including three centuries and a top score of 158 not out. He also made an unbeaten fifty for the second-string England Lions in a 253-run win over India A in a first-class fixture at Worcester last month.

Root added: “He’s obviously batted at six for Surrey this season — but having seen him play a little bit, and the way his game is set up, I think it’s very much transferable to bat at number four in Test cricket.

“I know that might be seen as quite a big jump. But he’s obviously an exciting talent and, with the guys around him, I think he fits nicely into that position in our team.” 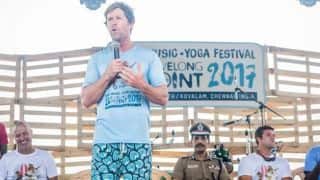 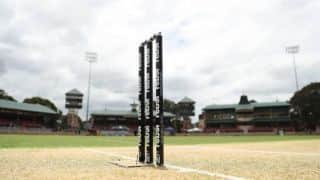