Captain Joe Root has confirmed that Ben Stokes will return to the side replacing Sam Curran from the side that won the second Test at Lord's.

England have named their team for the third Test match against India starting at Trent Bridge on Saturday.

Captain Joe Root has confirmed that Ben Stokes will return to the side replacing Sam Curran from the side that won the second Test at Lord’s.

Allrounder Stokes was cleared of affray on Tuesday and was slotted back in the England squad for the ongoing five-Test series against India. After playing a crucial role in England s victory at Edgbaston, his name was omitted for the 2nd second Test as he was to attend his affray trial.

With Stokes available for selection, it was going to be a tough decision for England ahead of the third Test and suprisingly enough, they decided to drop 20-year-old Curran, who was the man-of-the-match in the first Test at Edgbaston.

Talking about the selection Root said this is one of the most difficult decisions he had to make as a captain.

“Ben is desperate to get back playing cricket. He s desperate to get out there, put in performances and concentrate on his cricket now. He feels ready to play,” said the England captain, adding, “It’s probably one of the most difficult decisions I’ve had to make as captain”.

Curran had taken five wickets and scored 87 runs at Edgbaston and at Lord’s he scored 40 in England’s only innings and picked up one wicket in India’s first innings.

“What Sam has done so far has been nothing short of high class,” Root said.

Although cleared by the court both Stokes and England team-mate Alex Hales remain subject to a Cricket Discipline Commission investigation.

England lead the five-match series 2-0 and victory in Nottingham will see them retain the Pataudi Trophy. 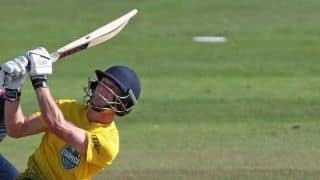 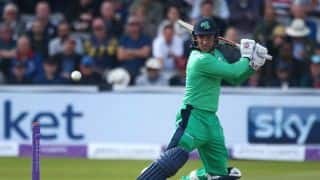