Despite the buildup around the India vs England Test series, the marquee contest has failed to pull in crowd at the Edgbaston.

Despite the buildup around the India vs England Test series, the marquee contest has failed to pull in crowd at the Edgbaston. Considering India’s status as the world’s top-ranked Test team and the tasty subplot of Virat Kohli vs James Anderson rivalry, the attendance has been below average.

The National Asian Cricket Council (NACC) has blamed excessive ticket prices for the lack of crowd at the ongoing first Test between India and England at Edgbaston in Birmingham.

On Wednesday, the Day 1 of the India vs England Test, the attendance at the 25000-capacity stadium was 18,159 following which the organisers announced reduction in the ticket prices after the tea break.

“The benchmark will be what the attendance is like at Lord’s, Oval and Trent Bridge. But the pricing is a lot higher than previous Pakistan Test matches, so there’s an element of cashing in, perhaps, on Asian communities’ passion for cricket,” NACC chairman Gulfraz Riaz was quoted as saying by the Guardian on Friday.

“From what I understand the prices are almost double of what they were for Pakistan Test matches in some cases. Out of the two communities, the Indian cricket community is a bit more affluent and maybe they were targeted,” he added.

Despite the drop in prices, attendance dipped further on the second day with only 16,754 people present in the stands. Riaz feels that the start of the highly-anticipated series bang in the middle of a week and a better marketing could have pushed up the ticket sales.

“I think it would have been better to do it Thursday, Friday and Saturday, definitely to build some momentum. I think the marketing could have perhaps been better and there’s also the genuine question of whether Test cricket is relevant to the South Asian cricket community,” he said. 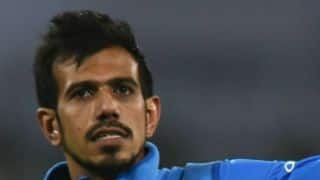