While England gained automatic qualification as host nation for the WWC, India fought their way though a Qualifier tournament in February 2017.

After the hype of the recently concluded ICC Champions Trophy 2017, it is now time for the world to witness the might of the women with the commencement of the ICC Women s World Cup. Fought between eight sides, the ICC Women s World Cup, which is held by six-time Champions Australia, will face tough competition from England, India, New Zealand and Pakistan. In only the second match of the tournament one will see hosts England take on the buoyant India at Derby. While England gained automatic qualification as host nation, India fought their way though a Qualifier tournament in February 2017.

Statically speaking England hold quite a lead over India, winning 34 of the 61, while losing just 25 with 2 games ending in no-result. Sadly for India, the trend is the same when it comes to ODIs in England versus the hosts; the win loss ratio being 21:4. But as one saw in the final of the Champions Trophy, numbers are just for the appeasement of the heart and nothing more when it comes to cricket.

Match of the equals:

Speaking about form, England have been like a run-away train, hardly a bump. In both their warm-up matches they were clinical and through professional; beating both Sri Lanka and New Zealand. England s last loss in an ODI came way back in October 2016 against West Indies in Kingston. Since then England have hardly dropped the ball.

India, on the hand, have dictated teams left, right and centre across 2017. India s 16-match winning streak started with a victory over Australia in Hobart in February 2016 then move into the bilateral series Sri Lanka and West Indies. During the same period India also participated in the ICC Women s World Cup Qualifiers 2017 to come out as tournament winners. The streak ended when they were handed a 8-run defeat by South Africa recently.

Players to look out for:

England had a major boost ahead of the tournament after Sarah Taylor announced her return after a leave of absence. Taylor is widely regarded as one of the best keepers in the women s game. Her presence along with the likes of Heather Knight and Tammy Beaumont adds stability to a young side.

The opening pair of Beaumont and Lauren Winfield have enjoyed a rather successful few months, raking up 1,050 runs between them in 11 matches. Sadly for England, Lauren has been ruled out.

England s success will lie on how well their star bowlers Anya Shrubsole and Katherine Brunt perform. Anya along with Laura Marsh and Danielle Hazell will be keenly looked.

India, too have a good blend of youth and experience in their side. Starting with skipper Mithali Raj, who has been in quite the purple patch recently will form the fulcrum of the batting unit. Harmanpreet Kaur undergoing a rough patch will want to let her bat speak than anything else.

The thought of seeing the likes of Mona Meshram Sharma, Poonam Raut, Smriti Mandhana and Veda Krishnamurthy in England is an exciting prospect for all. All these women have been churning out runs like anything in the past few series and will be eyeing the same.

The wily-old fox Jhulan Goswami, who is also the highest wicket taker in women s ODI history, will marshal bowling duties. She will be joined by Shikha Pandey, who herself has been on a rampage recently. Spinning duties will be taken care by Ekta Bisht, Rajeswari Gayakwad and Deepti Sharma. 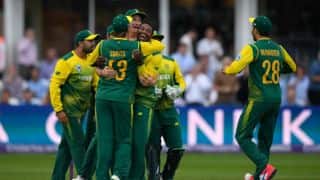 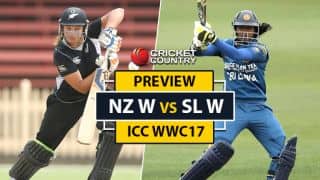