Fewer and fewer batsmen worldwide are inclined to leave the ball and Joe Root believes the pace of modern life, which has contributed to the birth of Twenty20 cricket, is behind it all.

England captain Joe Root grew up in Yorkshire, which has a proud tradition of producing correct world-class batsmen such as Herbert Sutcliffe, Len Hutton and Geoffrey Boycott.

READ: Exciting we won despite being not at our best – Root

It is a county where the traditional virtues of orthodox batting, such as maintaining a high front elbow, have been passed down through the generations and where the maxim of “no cutting before lunch” was more of an order than a piece of advice.

Certainly, for a batsman to give his wicket away only just stopped short of a criminal offence for a Yorkshire cricket public brought up on the precept that “you can’t score runs in t’ pavilion”.

And if that meant you took your time over your run-scoring, then so be it.

Knowing when to deliberately leave the ball, in order to deny the bowler a chance of a dismissal, was as important a part of the game in White Rose country as the forward defensive or indeed the straight drive.

But fewer and fewer batsmen worldwide, never mind in Yorkshire, are inclined to leave the ball and Root believes the pace of modern life, which has contributed to the birth of Twenty20 cricket, is behind it all.

Asked about the decline of the ‘leave’ in modern cricket — something that was evident during England’s 31-run win in the first Test against India at Edgbaston last week, where batsmen on both sides struggled to cope against the swinging ball, Root had a surprisingly wide-ranging answer.

“Social media came in!” Root told a pre-match press conference on Wednesday ahead of the second Test at Lord’s.

“Without trying to get too much in depth into the way the world has changed, people want things more, now,” added the 27-year-old, who has scored 6,054 runs in 70 Tests at an average of 52.18, including 13 hundreds.

“People want things now all the time,” insisted Root. “I think that creeps into everything else that you do. Naturally the (Test) game has got quicker.

“Twenty20 has come in and guys playing all three formats, it’s always going to have some impact in your game.

“It’s not just our team and India’s team that are wanting to hit the ball a lot more. It’s a general rule in world cricket. It’s the way that the game has moved forward.”

Boycott would agree that cricket has changed, but it might be asking too much of the former England opener to accept it has “moved forward” in the way Root suggests. 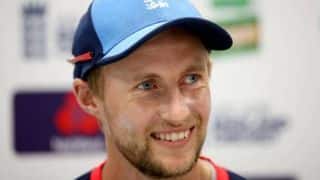 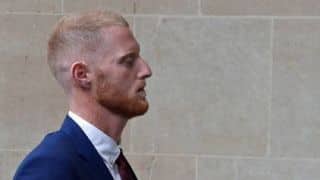