London: After the last day of the first Test match between England and India was abandoned without a ball being bowled, a lot of eyes would be on the weather in London for the second Test of the five-match series. India were on top for the most part of the first Test at Trent Bridge and would look to continue that momentum in the second Test match as well. For India, Shardul Thakur has been ruled of the Test match while Stuart Broad has been ruled out for the remainder of the Test series due to a tear in his right calf.

The forecast for the first day of the second Test match is similar to that of Trent Bridge with a few spits of rain possible early on in the day while most part of the day is expected to be cloudy. With clouds in the sky, both the teams will be looking to field first and make use of the overcast conditions. India made full use of the conditions in the first innings of the first Test match by bowling out England for 183 with Bumrah returning with a five-for. The conditions would be similar at Lords with the slope making it even more challenging for the batsmen.

The pitch for IND vs ENG is expected to help the pacers as it is going to be a green top that will favour the hosts.

The flick of the coin is once again expected to play a massive role as the captain who will win the toss is expected to bowl first. The toss will take place at 3:00 PM IST.

Shardul Thakur (Ruled out of the second Test)

Stuart Broad (Ruled out of rest of Test series) 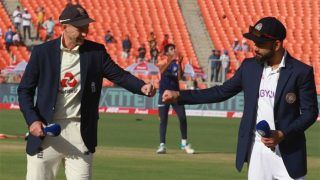 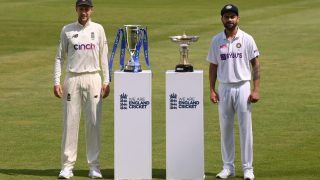 India vs England Live Streaming Cricket 2nd Test: When And Where to Watch IND vs ENG Stream Live Cricket Match Online And on TV