Murali Vijay and Kuldeep Yadav has been dropped from the inital squad for the first three Tests. The 18-member squad was announced by the BCCI on Wednesday.

Shaw, 18, has had an eventful India A tour of England scoring 603 runs in 10 innings. A teenage prodigy, he made his Ranji Trophy debut for Mumbai in the semi-final of the 2016-17 season as a 16-year-old, scoring a century. In 14 first-class matches since then, Shaw has scored 1,418 runs, including seven centuries and five fifties.

Vihari, 24, who will ply his trade for Andhra this Ranji season moving from Hyderabad, boasts of a first-class average of 59.94 – the highest among active cricketers. He was the fifth highest run-getter in the 2017-18 season scoring 752 runs at an average of 94.00, including a highest score of 302 not out. During India A’s tour of England, Vihari had amassed 410 runs in six matches at an average of 51.25

In the recently concluded Tri-series featuring England Lions, India A and West Indies A, Vihari had scored 253 List A runs in three matches while Shaw made 151 runs in four matches. In the India A v West Indies A unofficial Test Series, Shaw made 188 in two innings and Vihari made 119 in four innings.

Vijay’s axing doesn’t come as a surpise after the opener registered a pair in the Lord’s Test and was subsequently dropped for the third Test at Trent Bridge. He made 26 runs in the four innings. However, wrist spinner Kuldeep’s omission is a surprising one. He was picked for the Lord’s Test but only bowled nine overs giving away 44 runs.

The fourth Test starts August 30 at The Ageas Bowl, Southhampton while the fifth and the final Test will be played at The Oval starting September 7. 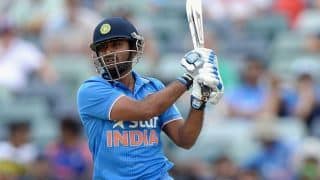 Quadrangular Series: Ambati Rayudu, Kedar Jadhav in India A and India B squads 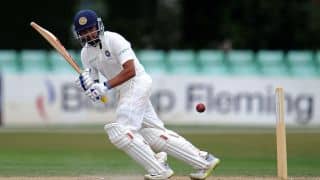