India vs England: Moeen Ali hopes to play in Southampton with brilliant all-round performance for Worceste

The all-rounder scored 219 runs off 277 balls and returned match figures of 8/89 for Worcestershire against Yorkshire. He hopes to make it to the final England XI for Southampton on the back of this truly brilliant performance.

England all-rounder and Worcestershire captain Moeen Ali came up with a brilliant all-round performance for his team against Yorkshire. He made a rollicking 219 off just 277 balls and returned match figures of 8/89 to help his side to an innings and 189 runs victory over Yorks in the County Championship Division one fixture at Scarborough.

Ali has been named in England’s squad for the fourth Test against India which will be played in Southampton. There have been different opinions expressed on the subject whether England would go with the same squad or make some changes in the wake of their 203-run loss at Trent Bridge to an inspired India. There is not much clarity on Jonny Bairstow’s availability in the fourth Test as he injured his finger during the third Test and despite talks that he may play as a specialist batsman, medical reports may give a different story altogether.

In the given scenario, Ali hopes to make it to the final XI for the Test on the back of his truly brilliant performance at Scarborough for his county. He was dropped for the second Test in New Zealand earlier this year. We ll see, we are winning 2-1 and playing quite well. I know we lost the last game but I feel like we have played quite well in the Test matches, he told Sky Sports.

If I get the nod it will be great, if not then not a problem. I don t take anything for granted. I m just trying to stay in the present at the moment. I m playing well and I just want to keep up the form with Worcestershire and hopefully with England as well. I m just trying to do my best, put my name up there again and see what happens. If I get the call, then great, but if not I hope the guys that are playing do really well. For me, it s about preparing to play and if I don t get the call then obviously I will have to go and play county cricket. I will try to improve and get better in the nets, he threw light on his work ethic and attitude towards the game.

The fourth Test between India and England begins on August 30 at the Ageas Rose Bowl in Southampton. It promises to be an interesting clash between the resurgent Indians and a bewildered English side, certainly as far as its batting goes. 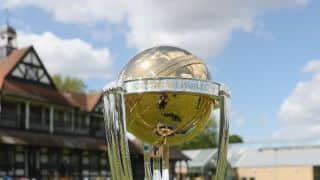