England fast bowler James Anderson has raised an eyebrow at Virat Kohli s views that his personal success in the upcoming Test series will not matter if India do not win the contest, stating that the Indian captain will be desperate to score runs this summer given his dismal Test record on English soil.

“It doesn’t matter if he gets runs or not? I think he is telling lies there,” laughed Anderson during an interview with PTI. For India to win here, of course it matters. Virat will be desperate to score runs for his team, as you would expect from the captain and one of the best players in the world.

Anderson, 35, had Kohli s number four summers ago during England s 3-1 series win, getting his wicket four times in six innings. That series was Kohli s low point as a Test batsman, with a measly 134 runs at 13.40 in five Tests as Anderson, Stuart Broad and Liam Plunkett exposed his technical frailties.

Looking towards the five-Test series starting August 1 in Birmingham, Anderson said: “Today, cricketers learn from not only watching match footage but also from past experiences. So I would expect a batsman of Kohli’s quality to have learnt from that last series here (in 2014). I am sure he (Kohli) is practising hard at certain aspects of his game and that will make the battle between him and not just myself, but him and the rest of our bowlers, a really exciting one.

Kohli s month-long stint with English county side Surrey was eventually scuttled, but the India captain has produced encouraging scores on tour so far: 0, 9, 20*, 47, 43, 75, 45 and 71 even if not of his standard.

On Kohli s form on the tour so far, Anderson stated that scoring runs in ODIs and T20Is and then in Test cricket was vastly different. You would think that the red ball swings more or does more off the seam. But it doesn’t work like that, he said. A batsman like Virat plays the ball so late that they have got so much time and they make you feel slow as a bowler. It is hard with white or red ball. (But) sometimes when batsmen are trying to be more attacking in white ball cricket than red ball, you might create more chances. Overall it is hard to say.”

The heat wave engulfing England currently has raised questions of whether the conditions for the five Tests will aid India, but Anderson was hopeful that the pitches over the next six weeks lead towards the traditional.

“I think in India, pitches are a lot slower. Here you would expect a little more pace in the wickets, so maybe the bowlers have that little extra, he said. We have had a hot few weeks, so the pitches may well be dry and suit India more than us. That is something we will take into account when we come into that series. We will be hopeful that we have a couple of weeks of rain before the series starts and be able to grow some grass on the wickets.” 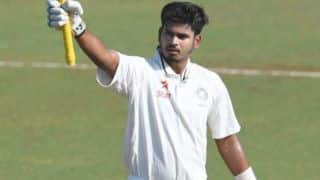 Shreyas Iyer to lead India A in Quadrangular series 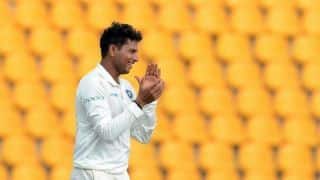