Anil Kumble was all praise for the bowlers and also the astute captaincy by Virat Kohli with his immaculate field placings.

Mumbai: India’s chief coach Anil Kumble feels that it is “unfair” to pinpoint senior opener Murali Vijay‘s recent spate of dismissals to “short deliveries” as his “weakness”. “Vijay has been one of our most consistent batsmen in the last couple of years. He has started off the series very well with a 100 at Rajkot and yes, he has got out to similar deliveries, which probably you can start pinpointing as his weakness, but I don’t think that’s fair. He is someone we believe is just round the corner to get a big score,” Kumble was firmly behind the seasoned opener. The coach said that the team management is trying to help him out during nets, but there was no need to delve deeper into the issue.

“When we go out there at the nets, we try and help him [Vijay] with that kind of delivery. But I don’t think we need to go too deep into why he’s getting out that way. It’s just a matter of time where he will start scoring runs. We certainly believe it’s just round the corner.” India’s opening woes have continued in this home season with Shikhar Dhawan losing form and then getting injured. KL Rahul had an injury lay-off while Gautam Gambhir also failed miserably.

Kumble said he is happy for the fact that the team has been doing well without a settled opening pair. “That’s not in our control as injuries are part and parcel of the game. Ideally yes, we would like a settled pair, but I think under the circumstances we have done really well. Unfortunately [KL] Rahul got injured [shoulder] while fielding in Vizag [in the second Test against England]. Parthiv [Patel] came in, in the last game [at Mohali] and did a fantastic job,” said Kumble, ahead of the fourth game of the series against England commencing here two days later.

According the coach, he is confident that the Mangalore lad will make it in the final team. “I am sure Rahul will have a hit today and he should be fine. Let’s see how it goes. We had three different opening pairs against New Zealand (in the previous home series won by India 3-0) and even in the West Indies (Murali) Vijay got injured. Then Shikhar [Dhawan] got injured against New Zealand. Gautam had a freak injury in Indore against New Zeland, but he could bat. So I think something is happening with openers in terms of injury and I hope that it does not go on. There should be some stop at some stage,” he said.

Kumble was all praise for the bowlers and also the astute captaincy by Virat Kohli with his immaculate field placings. “It is a tribute to our bowling attack and field placements Virat has set as captain. And also bowl in partnerships according to the field. In the last few Test matches, all bowlers have had significant roles, either in getting just that one break-through or picking up a fifer [Ravichandran] Ashwin did that.

“That there has been only one five-for in the series goes to show all bowlers have contributed really well. We hope we are able to continue irrespective of surfaces – all three surfaces were different. We changed those lengths, adjusted accordingly and also bowled aggressively.” Kumble however refused to be drawn himself into a comparison between Umesh Yadav and Mohammed Shami. “I am not someone who likes to compare. For me, the two fast bowlers have been brilliant right through I have come back as coach from the West Indies. Not just those two, but Bhuvi [Bhuvneshar Kumar] and Ishant [Sharma] too. All of them have contributed significantly.”

“Credit to Umesh and Shami. We are constantly monitoring their workload – especially Shami, who has come back after a gap of 18 months, it’s not easy for any cricketer. It is important these guys are given enough breaks. What is really creditable is the way they have come back and bowled in the last hour of the day their third or probably fourth spells really rattling batsmen and picking up wickets.”

He also praised the lower-order led by Ashwin for contributing with the bat too. “I was really pleased with the three spinners when they each contributed with a fifty when we were under pressure at 150 for five. Scoring 400 from that position was pleasing. I was really pleased for [Ravindra] Jadeja as well because he’s someone who is really capable of scoring big runs.

“He [Jadeja] has showed that in domestic cricket. For him to get to 90 for the first time (in Mohali), will give him the confidence to do it again. Jayant [Yadav] – if you look at him you don’t really think he is playing in only his second Test match [at Mohali]. Ashwin has led the way of helping the lower order realize their potential,” the coach explained.

Kumble was also happy with the way the team has handled the DRS situations, in vogue for the first time in a home bilateral series. “It’s been a really good experiment which is happening in the series. Overall the players are satisfied with the outcome. I don’t think it is a matter of scorekeeping – of saying which team has got it better. What is important is whether at that point of time did we take the right call. I think we have done so in the last three Test matches. It has added balance that you would expect in international cricket.”

READ: IND vs ENG: Hosts may rest bowlers to keep them fresh for ODIs

He, however, did not totally agree with the view of former India captain Dilip Vengsarkar that the extra work put in by players in gymnasium led to injuries. “All I can say is that the fitness parameters of the current Indian team is the best that has ever been. I played in the 1990’s when fitness and strength conditioning were personal and not team choices. Post 2000, the culture changed and you can see the difference now; it’s part and parcel of team.

“Personally speaking, I probably I was my best fitness-wise after I came back from my shoulder injury in terms of what I could do on the field and recover. I am sure it is a personal opinion but as a coach, and also on behalf of the current Indian coaching staff, plus trainer and physio., we are more than happy to sit and clarify with Dilip [Vengsarkar], who is someone I respect and he also holds a responsible position as director of NCA. Since I am in Mumbai I don’t mind sitting across and discussing,” he said.

“Injuries are part and parcel and it has all been cricketing injuries. It’s something you have to live with. The good thing is the Indian team has stood up and people who have come in have really contributed to the success,” he added. 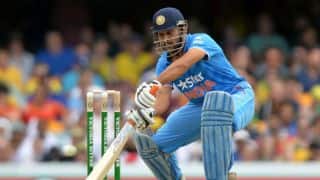