Virat Kohli and Ajinkya Rahane steadied India after the early loss of their openers, Shikhar Dhawan and Rohit Sharma. The pair completed a fifty partnership taking India to 87 for two after 17 overs.

For a moment it seemed like even Virat Kohli was struggling. He twice offered sharp chances when he slapped a ball to Jesse Ryder at short covers and then a bat-pad catch was a tough one for Tim Southee to grab on is follow through.

But most of the tentativeness were dispelled when he bludgeoned a six off Southee over covers in the same over.

Rahane and Kohli eased the pressure by rotating the strike rather than going after the pacers. 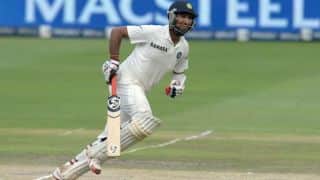 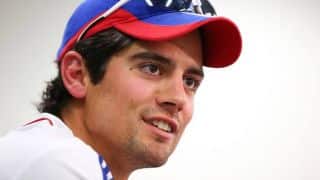