MS Dhoni’s men will be desperate to finally taste success in the series.

India take on New Zealand in the second and final Test in Wellington on February 14, 2014. India have not won a single match in their tour of New Zealand. They have suffered defeats in five of the six matches they have played so far.

India lost the five-match One-Day International (ODI) series 4-0. Then they lost the first Test by a close margin of 40 runs. The only match where they lose was the third ODI as they got a tie. So, it is safe to say that MS Dhoni’s men will be desperate to finally taste success in the series at their final attempt at the Basin Reserve.

There was a much improved performance from the Indians in the Tests when compared to the ODIs. Although the beginning of the match was as bad as it got for India. They let New Zealand post 503. Brendon McCullum top-scored with 224 and Kane Williamson scored 113. Ishant Sharma picked up six wickets. Then on a seemingly good batting track, India were bowled out for 202. Things were looking ominous, but a spirited bowling display helped India bundle New Zealand out for 105. That gave them a target of 407 runs.

They began brightly, but two controversial umpiring decisions went against them and India were bowled out for 366 runs. Shikhar Dhawan top-scored with 115 and Virat Kohli scored 67. The defeat would be hurting India as they mad a grand comeback in the match. There were some good performances from certain players and that would please Dhoni, who above all emphasises on consistency. Players like Dhawan and Rohit Sharma seemed to get back to some form and that was clearly missing in the ODIs. Kohli as usual was in good nick. Dhoni himself batted well and quickly.

This series and the one against South Africa late in 2013 were always considered to be the litmus test for this young Indian side. They went winless in the Rainbow Nation and now need a victory to make it two series without victory. Zaheer Khan and Dhoni himself are the only remnants left from a golden generation of Indian cricket. Zaheer has had indifferent performances since his return to the Indian Test side. Ishant has been among the wickets of late, but there remains a serious doubt over his future. Mohammed Shami has impressed, but often has to do the bulk of the work while bowling.

The spin department is a cause of concern. Ravichandran Ashwin has lost his place in the Indian Test side, at least away from home. Ravindra Jadeja will occupy that spot. The left-armer can contain the batsmen and keep the runs in check, but he will never be a genuine wicket-taking bowler. Since India’s bowling performance looked really good in New Zealand’s second innings, there might not be many changes, unless there are injuries to contend with. So, the likes of Umesh Yadav, Ishwar Pandey and Bhuvnehwar Kumar may not get a look-in.

The pitch at the Basin Reserve will more conducive for the quicker bowlers rather than spinners. So, India will most likely retain their policy away from home of picking three fast bowlers and one spinner. In the batting department, Dhawan and Murali Vijay should open. They will be followed by Cheteshwar Pujara, Kohli, Rohit, AJinkya Rahane and Dhoni. Then the bowlers should follow.

For New Zealand, they have already announced their starting XI for the second Test. Ross Taylor will not be available as he will be with his wife as they are expecting their second child to be born during the course of the match. Tom Latham will get his debut instead. McCullum, Williamson and Corey Anderson had very good outings in the first Test in Auckland. The opening pair of Peter Fulton and Hamish Rutherford has much to prove, but New Zealand will stick with them for one more match. Williamson, McCullum, Latham and Anderson will follow. Wicketkeeper Bradley-John Watling will be next. Tim Southee and Trent Boult have led the New Zealand pace attack in Tests for quite some time and they have also impressed.

Neil Wagner surprised many with a lion-hearted performance with the ball. He took eight wickets in the whole match. Leg-spinner Ish Sodhi came under pressure as the Indian batsmen targeted him a lot in Auckland. He went wicket-less in the first Test. He has been replaced by all-rounder James Neesham. India will be highly desperate for winning the last match on the tour. They have a 50-over World Cup to defend in Australia and New Zealand in 2015. Performances like these will not help them in achieving their target. New Zealand will be high on confidence. It surely will be a well-contested Test match between two talented sides. 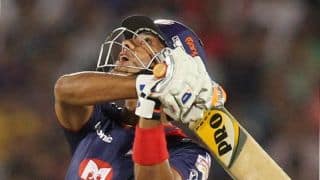