Following are the statistical highlights of the fifth and final one-dayer between India and New Zealand at Westpac Stadium on Friday.

# Dhoni became the third wicketkeeper after Adam Gilchrist and Kumar Sangakkara to achieve the double of 8,000 runs and 300 dismissals in ODIs.

# Kohli has amassed 291 at an average of 58.20, including a hundred and two half-centuries – the highest by an Indian batsman in the series.

# Ross Taylor (102 off 106 balls) became the first New Zealand batsman to register a century at Westpac Stadium, Wellington in ODIs. He has posted his second century against India – his tenth in ODIs.

# Taylor became the third New Zealand batsman to post two centuries in a bilateral series. He has joined Mark Greatbach and Martin Guptill. Taylor has managed two centuries and two fifties in a series for the first time.

# Taylor has got nine Man of the Match awards in ODIs. He has received two consecutive MOM awards in a series for the first time.

# New Zealand (303/5) have posted their third total of 300 or more in ODIs at Westpac Stadium, Wellington.

# New Zealand have beaten India by a 4-0 margin in a bilateral series for the first time.

# New Zealand, for the third time, have remained unbeaten in a series of five ODIs – the previous two occasions being 5-0 against West Indies in New Zealand in 1999-00 and 4-0 in the NetWest series in 2004 in England.

# India could not win a single match in a bilateral series of five matches or more for the fifth time.

# Kane Williamson and Yasir Hameed share a record for most half-centuries (five) in a bilateral series. Yasir had aggregated 326 (ave. 89.00) in five innings vs New Zealand in 2003-04.

# Williamson is the fourth New Zealand player to register five fifties or more in a row in ODIs. He has joined Andrew Jones (six), Roger Twose and Martin Guptill.

# Matt Henry (4/38) became the third New Zealand bowler to bag four wickets in an innings on debut in ODIs. Mitchell McClenaghan had claimed 4 for 20 vs South Africa at Paarl on January 19, 2013 and Dayle Hadlee four for 34 vs Pakistan at Christchurch on February 11, 1973.

# Henry became the first bowler to capture four wickets vs India at Westpac Stadium, Wellington in ODIs. With 11 wickets at 28.72 runs apiece, Shami in five matches, has finished as the top wicket-taker on either side in the series.

# Williamson and Taylor have shared a stand of 152 – New Zealand’s highest for the third wicket against India in New Zealand in ODIs. 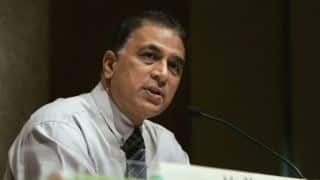 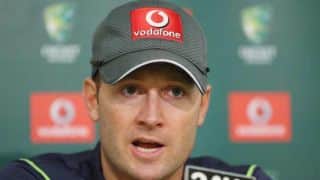