The match was allotted to UPCA and efforts were made to have the match at Ekana International Cricket Stadium in Lucknow.

Indore: Kanpur will host the third ODI between India and New Zealand in October since the stadium in Lucknow is not up to the mark for an international match. The match, to be held on October 29, was allotted to Uttar Pradesh Cricket Association (UPCA) and efforts were made to have the match at Ekana International Cricket Stadium in Lucknow, which recently hosted Duleep Trophy matches. A lot of infrastructure related work such as the elevators and outside fence, is yet to complete. “It s not up to the mark. The ICC has not given clearance for hosting the match, so Kanpur will host the match,” BCCI CEO Rahul Johri told reporters. The series will begin in Mumbai on October 22. The second match will be played in Pune on October 25. FULL CRICKET SCORECARD: India vs New Zealand 2017-18, 3rd ODI at Kanpur 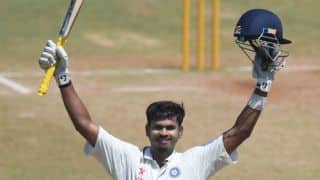