Shikhar Dhawan has become the second-fastest Indian batsman to the milestone of 5,000 runs in ODI cricket, getting there in his 118th innings.

The 33-year-old moved to 5,000 during India s chase against New Zealand in the first ODI at Napier on Wednesday, and thus became the second quickest to the landmark after Virat Kohli.

Dhawan is the 13th Indian batsman to reach 5,000 runs in ODIs. He made his ODI debut in 2010, scoring 0, and played four more games in 2011 before being dropped. He returned to India s ODI squad in 2013 after scoring a century on Test debut and made an immediate impact in the team s run to the ICC Champions Trophy title in England, scoring centuries in the first two games en route to being named Player of the Series.

Dhawan has 15 centuries, the fifth most for India, and 25 fifties in ODIs. He has not managed a 50 in ODIs since September, however, and since he made 114 versus Pakistan during the Asia Cup, his average is 20.22 with a best of 38. 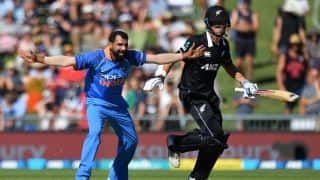 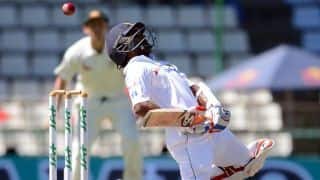