India beat New Zealand by 6 wickets in the second ODI at Pune on Wednesday amidst pitch-controversy.

The second ODI between India and New Zealand at Pune has been in news for a massive controversy of the field. Pitch curator Pandurang Salgaoncar ran himself into trouble for alleged malpractice covered by two undercover India Today reporters disguised as bookies. As a result, BCCI has suspended Salgaoncar with immediate effect. To make things worse for Salgaoncar, ICC has joined the fray. They have, in turn, sent additional officials from their Anti-Corruption and Security Unit (ACSU) in Dubai to assist with investigations.

This is the second time that ACSU has come into picture. They had held an enquiry against Galle International Stadium curator Jayananda Warnaweera in 2016. Bir Singh, the ACSU officer travelling with the India and New Zealand teams, has reportedly started his probe and will shortly be joined by colleagues. The investigation will be carried out independently and not involve the BCCI s anti-corruption unit. ACSU is most likely to also interact with the undercover reporters that carried out the sting operation.

Heart of the matter: The reporters asked Salgaoncar to alter the pitch to suit their benefits. In the video, Salgaoncar is seen telling the reporters that the pitch would be full of runs. It is very good. It will garner 337 runs. And 337 will be chaseable.

However, the game turned out to be a low-scoring affair. New Zealand opted to bat and posted 231 for 9 in 50 overs. In reply, India chased down the score with 4 overs and 6 wickets to spare. The pitch had slowed down considerably during the latter part of the match.

It remains to be seen what charges will be dealt against Salgaoncar. According to the anti-corruption code, no unaccredited personnel can be on the ground, let alone the pitch, days before an international match. He had no business giving them access or information about the pitch, added a BCCI official. 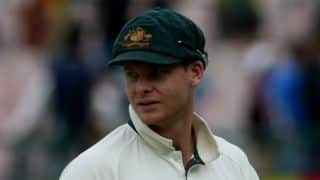 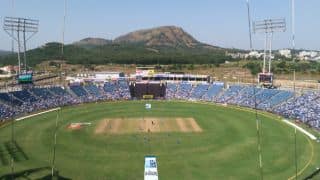