India vs New Zealand, 5th ODI, LIVE streaming: Teams, time in IST and where to watch on TV and online in India

India vs New Zealand, 5th ODI, LIVE streaming: Teams, time in IST and where to watch on TV and online in I

India, who are bolstered by MS Dhoni s return, will be out to prove that defeat in the 4th ODI was an aberration.

While New Zealand will be out to repeat their Hamilton heroics and end the five-match ODI series on a high, India, led by Rohit Sharma in the absence of Virat Kohli, will be out to prove the lop-sided performance in the fourth ODI was an aberration as the teams lock horns in the fifth and final ODI of the series in Wellington on Sunday. (ALSO READ: MS Dhoni boost for India seeking an improved batting show)

Martin Guptill s injury might force Kane Williamson to change the winning combination. For India, the comeback of MS Dhoni, who missed the third and fourth ODI of the series due to a stiff hamstring, will be a boost for their middle-order. (ALSO READ: Martin Guptill suffers injury in training, could miss 5th ODI vs India)

Dhoni s return though may mean that young Shubman Gill moving out of the playing XI unless India decide to bench either of Ambati Rayudu or Dinesh Karthik. (ALSO READ: Dhoni declared fit for fifth ODI)

While the Kiwi side is likely to stick with their match-winning combination -led by Trent Boult from the fourth game, India may pick Mohammed Siraj in place of Khaleel Ahmed. (ALSO READ: Last game was an aberration Bangar) 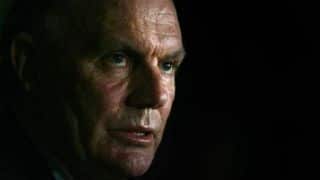 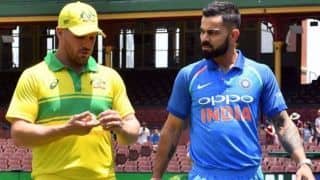